Yesterday you saw some of the great genderswapped costumes from this year’s San Diego Comic Con, but if you’re looking for some truly clever cosplays, it’s hard to beat those that mashup two different characters. These mashups were some of the best I spotted at the 2018 SDCC. 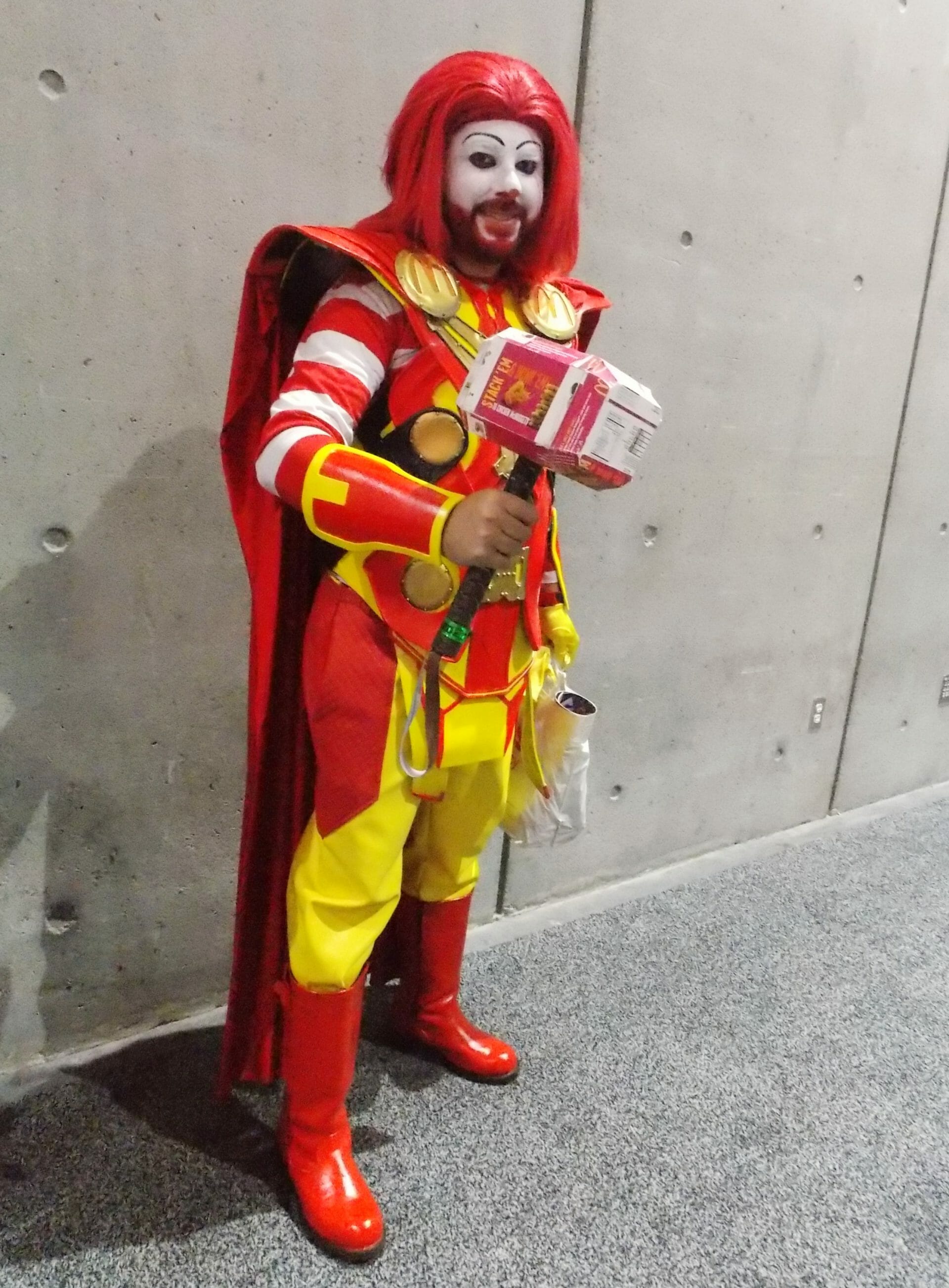 Would you like fries with that beatdown? Is it just me, or would Loki have to be the Burger King in this world? 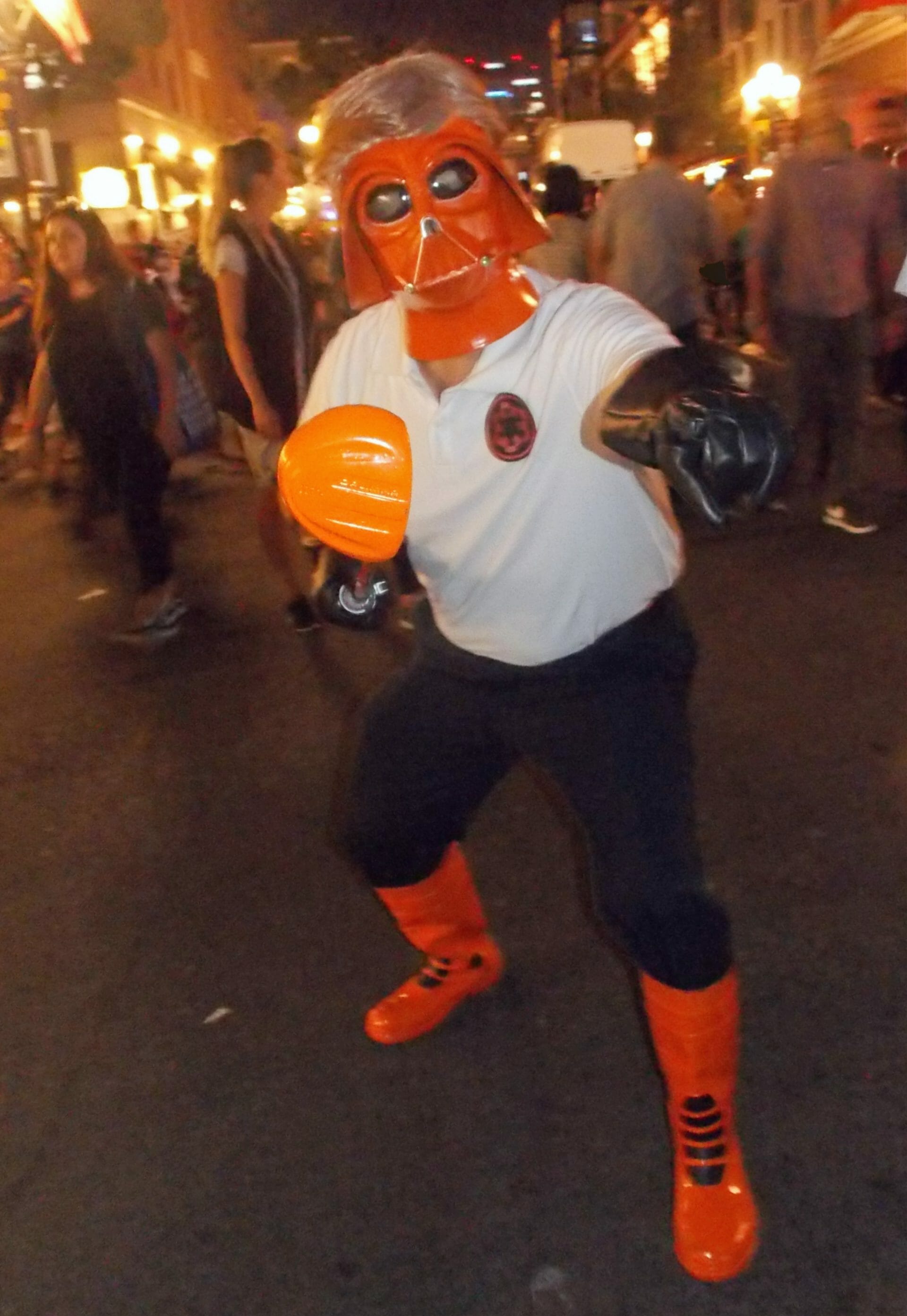 Fun fact, Mark Hamill claimed to be the person inside this costume that promised to Make the Death Star Great Again before revealing that he was joking. The actual person playing as Orange Vader was Redwood City resident James Cherry. 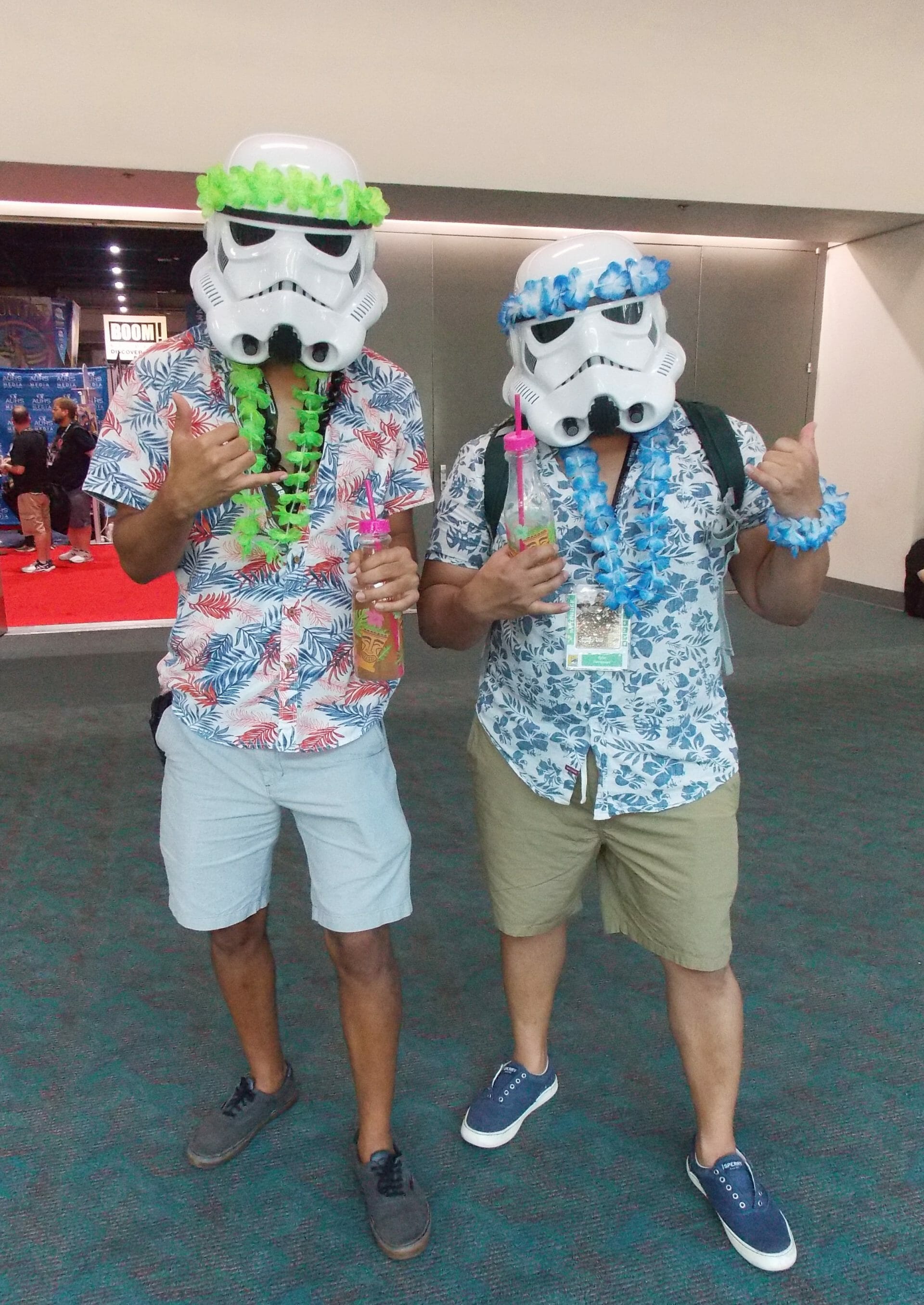 While the Darth is away, the stormtroopers come out and play, and these two look ready to his those sunny Scarif shores. 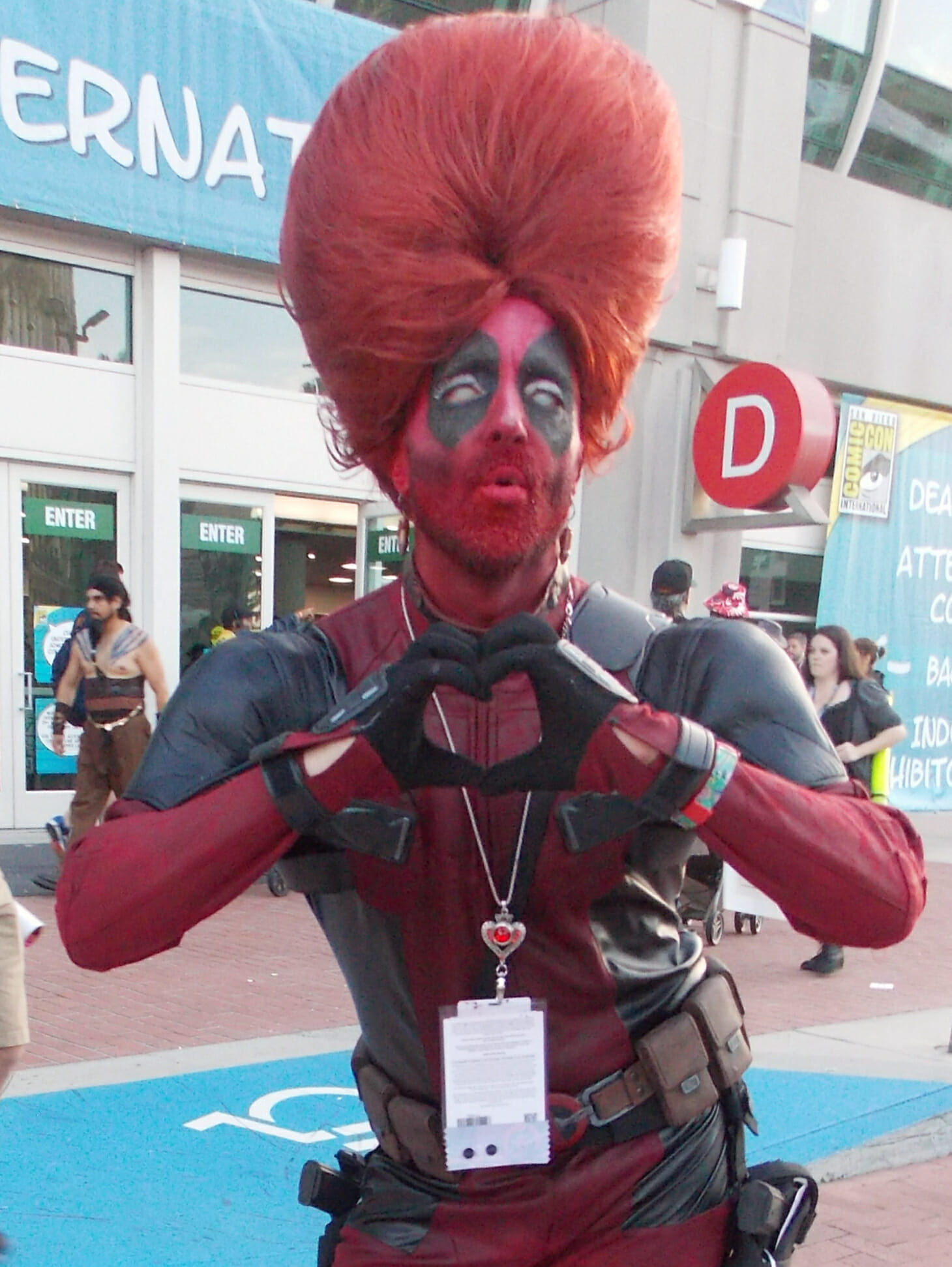 Shrek’s witty and grumpy banter makes him a perfect character to mashup with Deadpool. 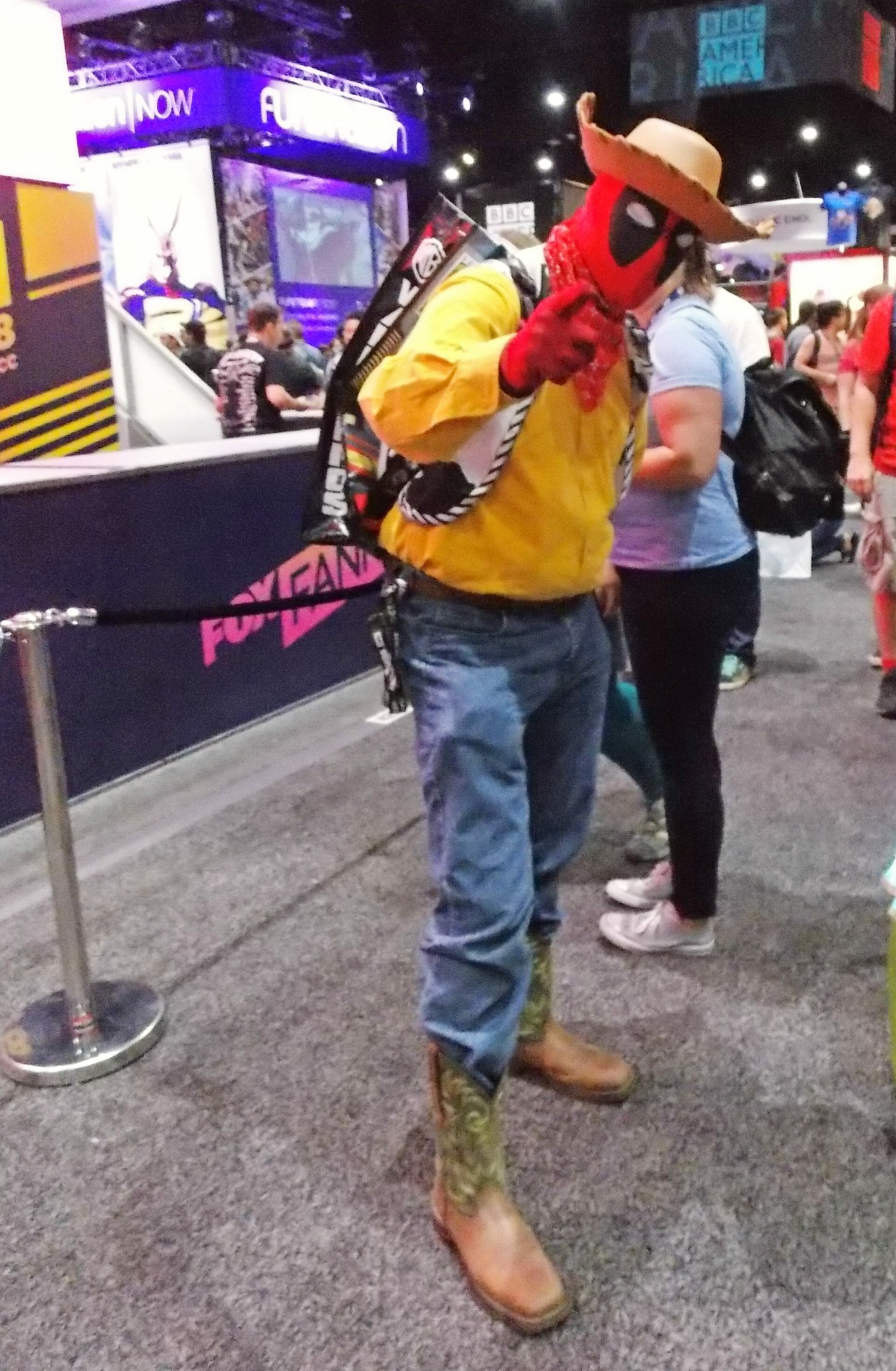 It’s just so easy and so fun to make a Deadpool mashup because it almost all works with the character. 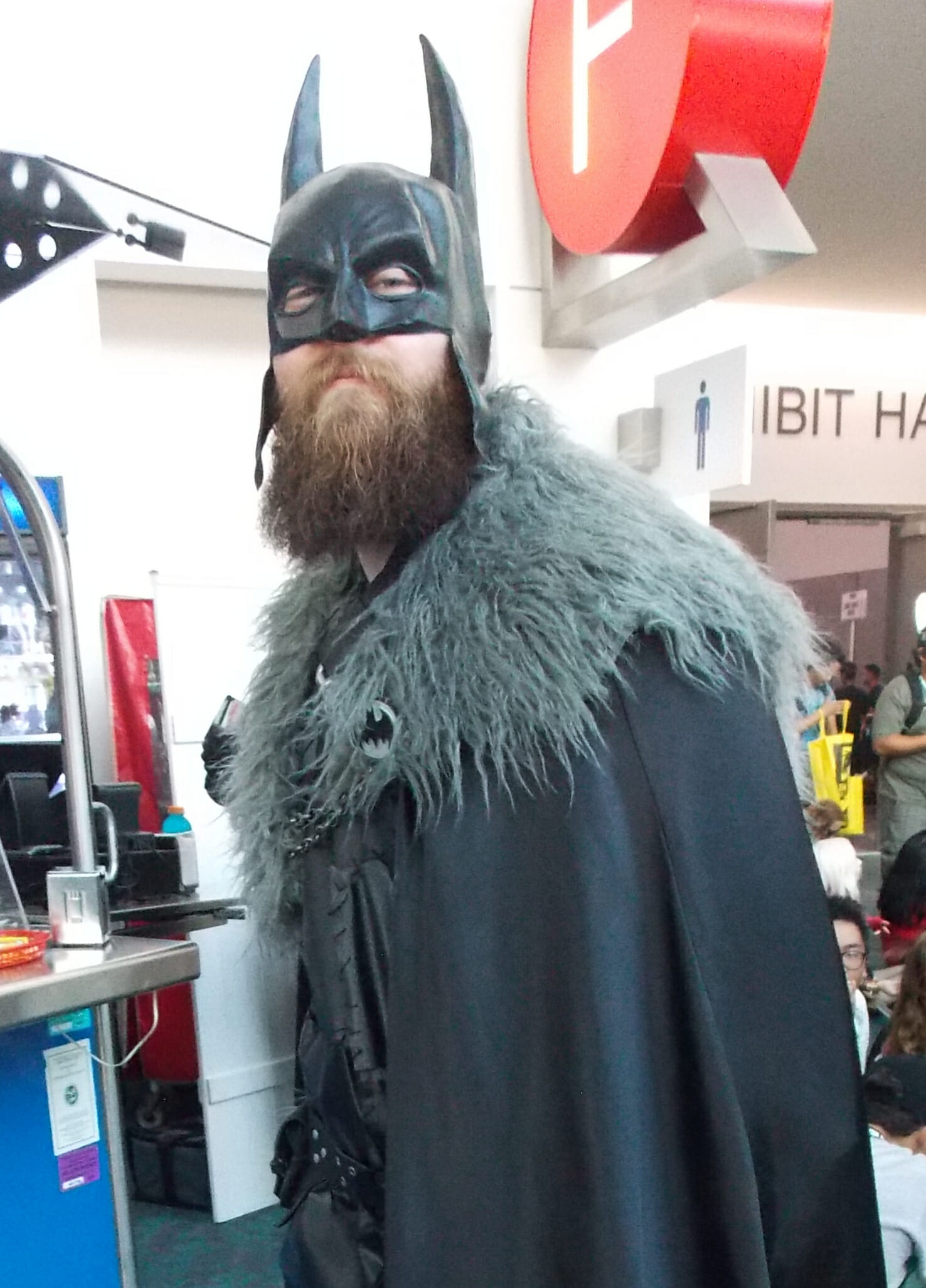 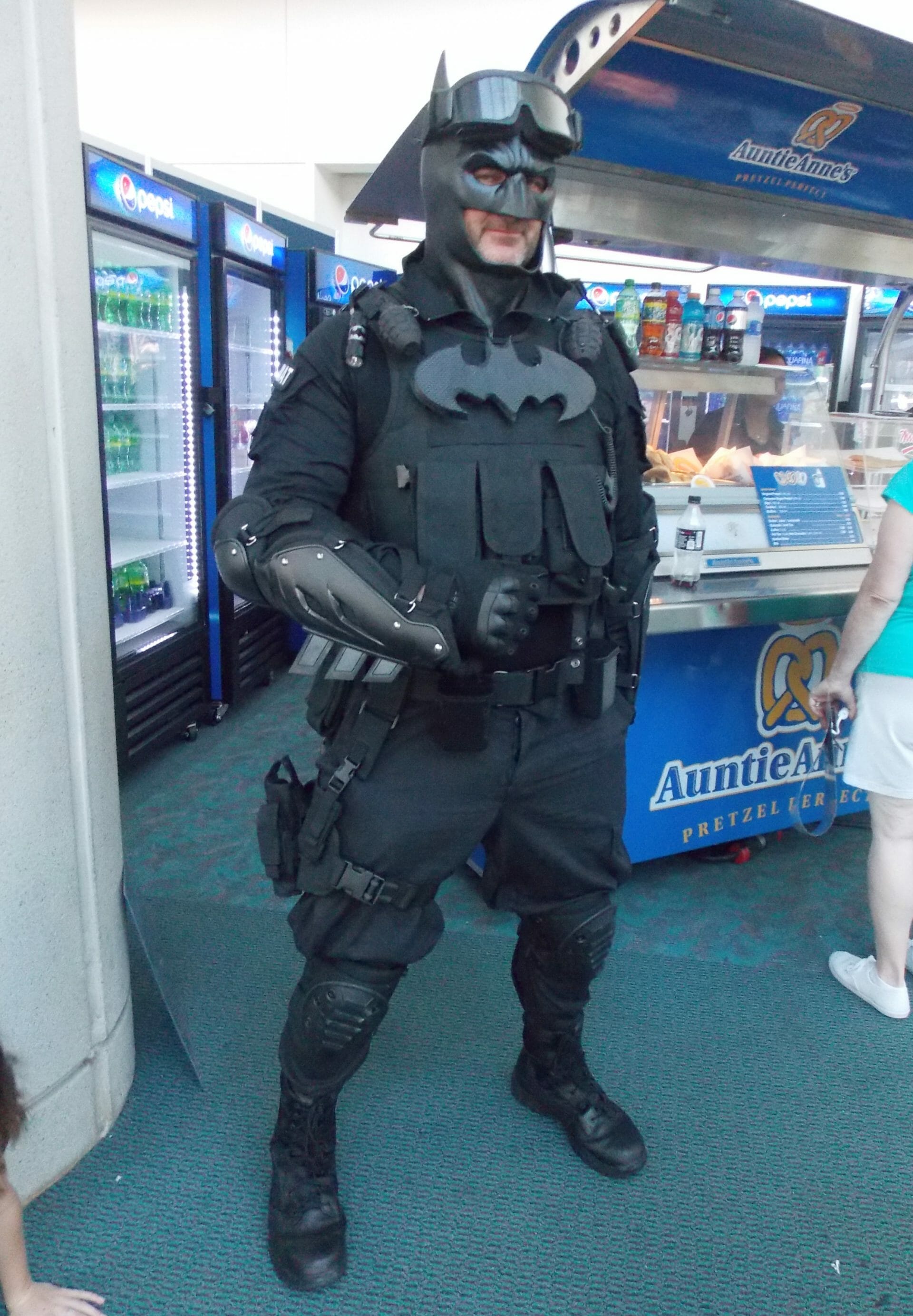 When asked if his costume was called “SWATman,” he made it very clear that his character should be called “SWAT Batman” and nothing else. This girl is so loco, someone might need to call in the SWAT Batman to deal with her. 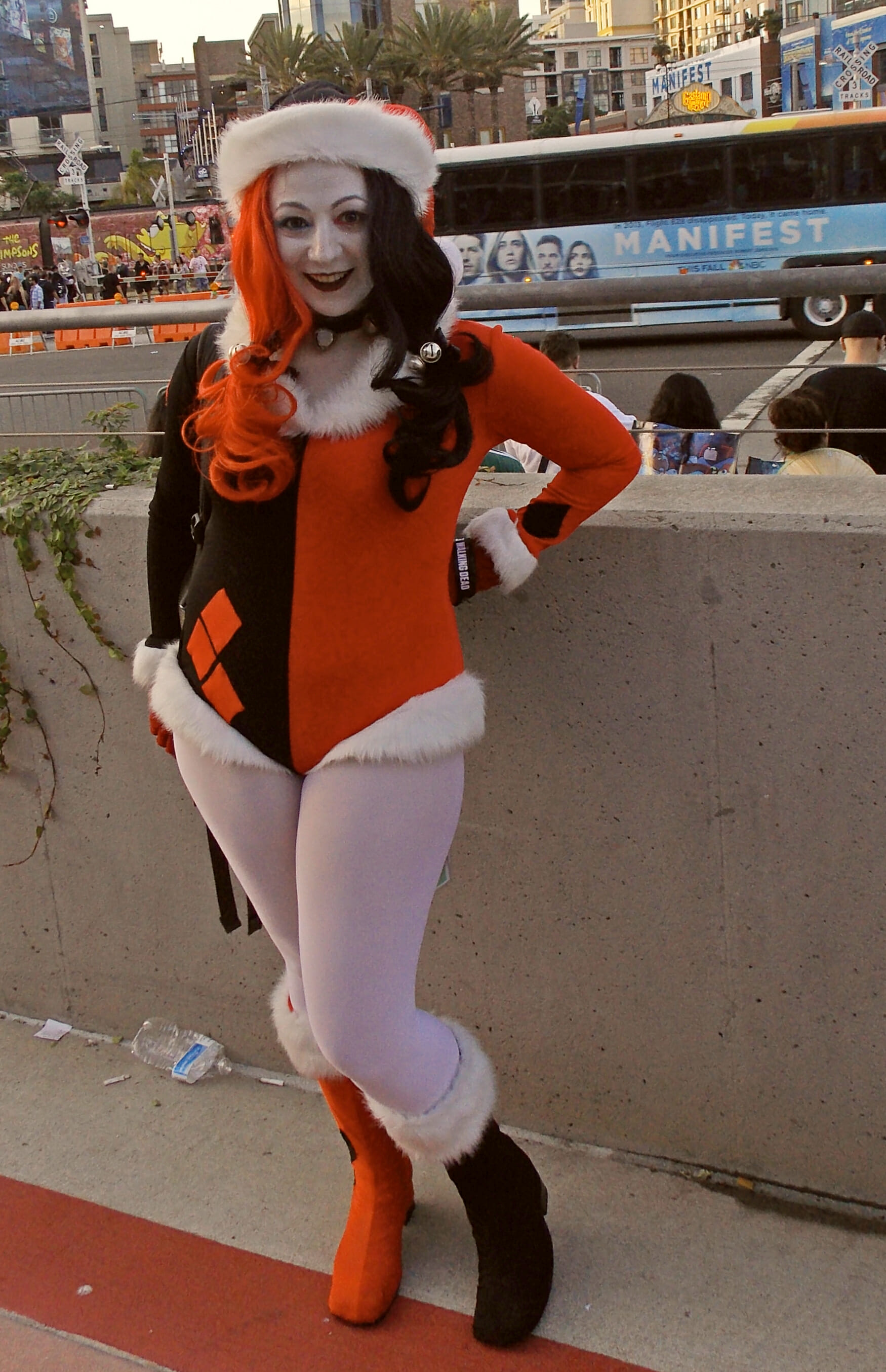 I can’t help but wonder what kind of maniacal creations she would leave in your stocking on Christmas Eve. 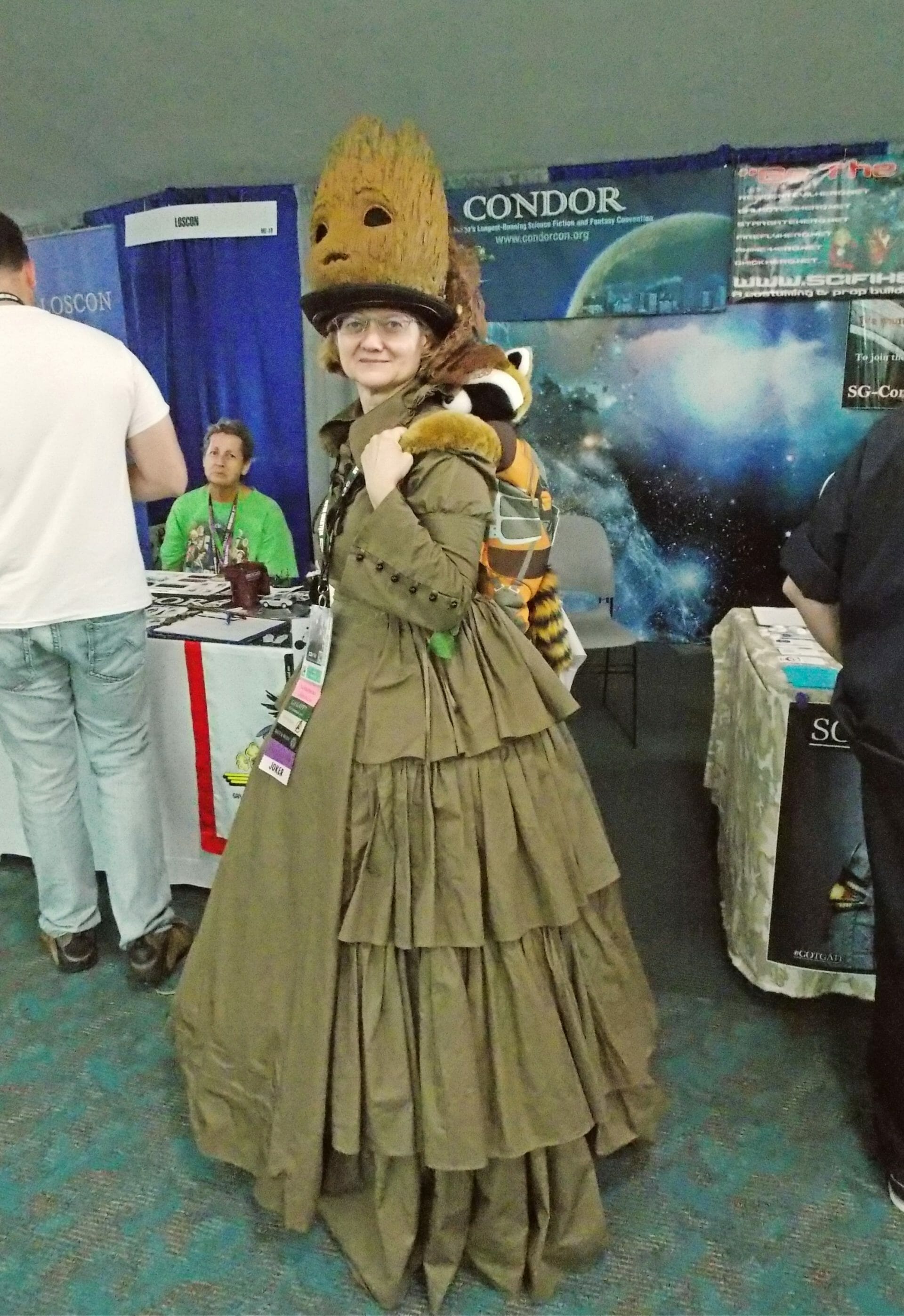 She might not be as tall as Groot, but she sure played the part well. These girls scored a critical hit with both gamers and Disney fans.

Mrs. Frizzle as a Time Lord 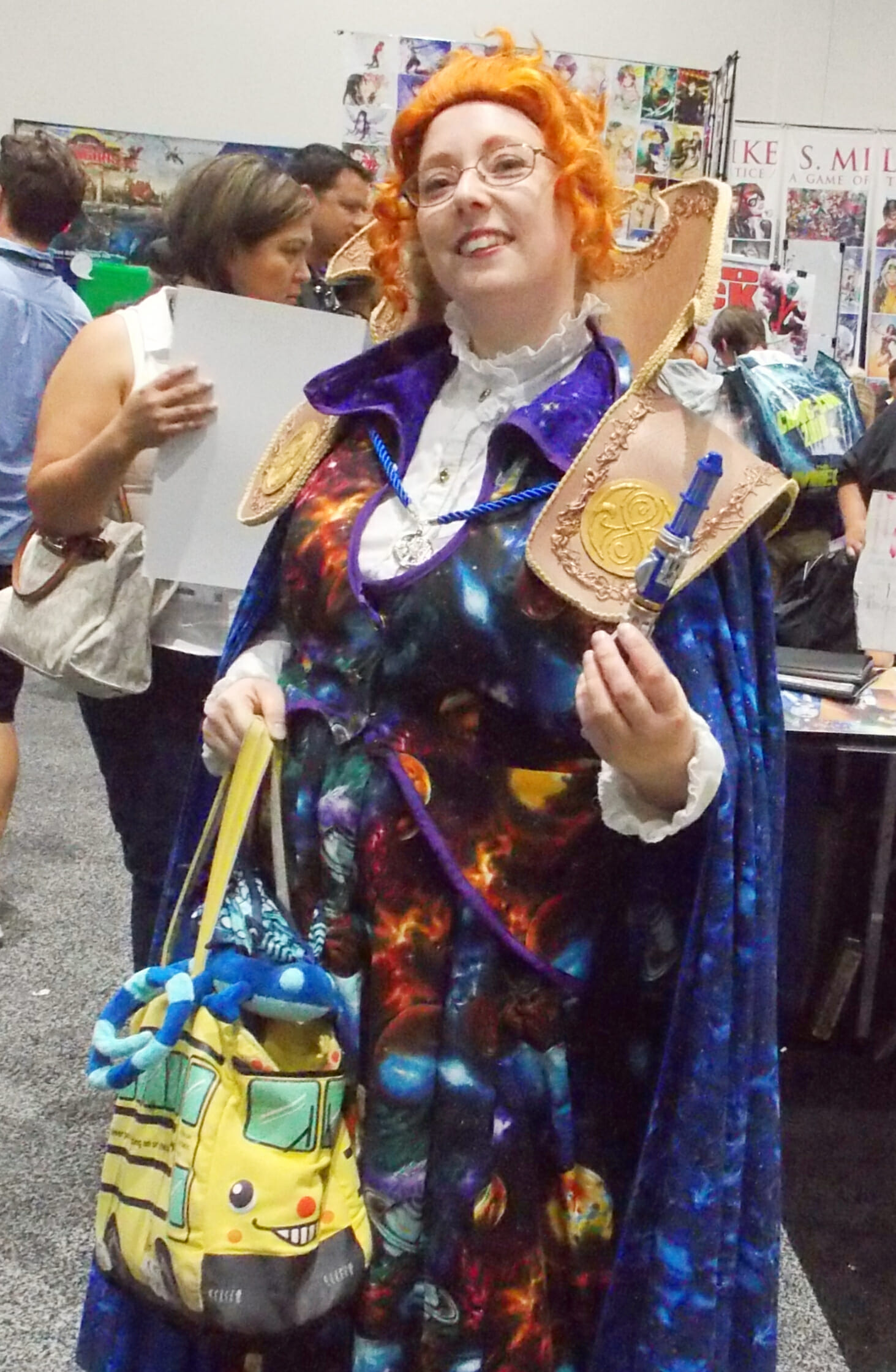 She may not have developed a cool and clever name for her costume, but she sure put in a lot of work on the details to make this Doctor Who/Magic School Bus crossover work. 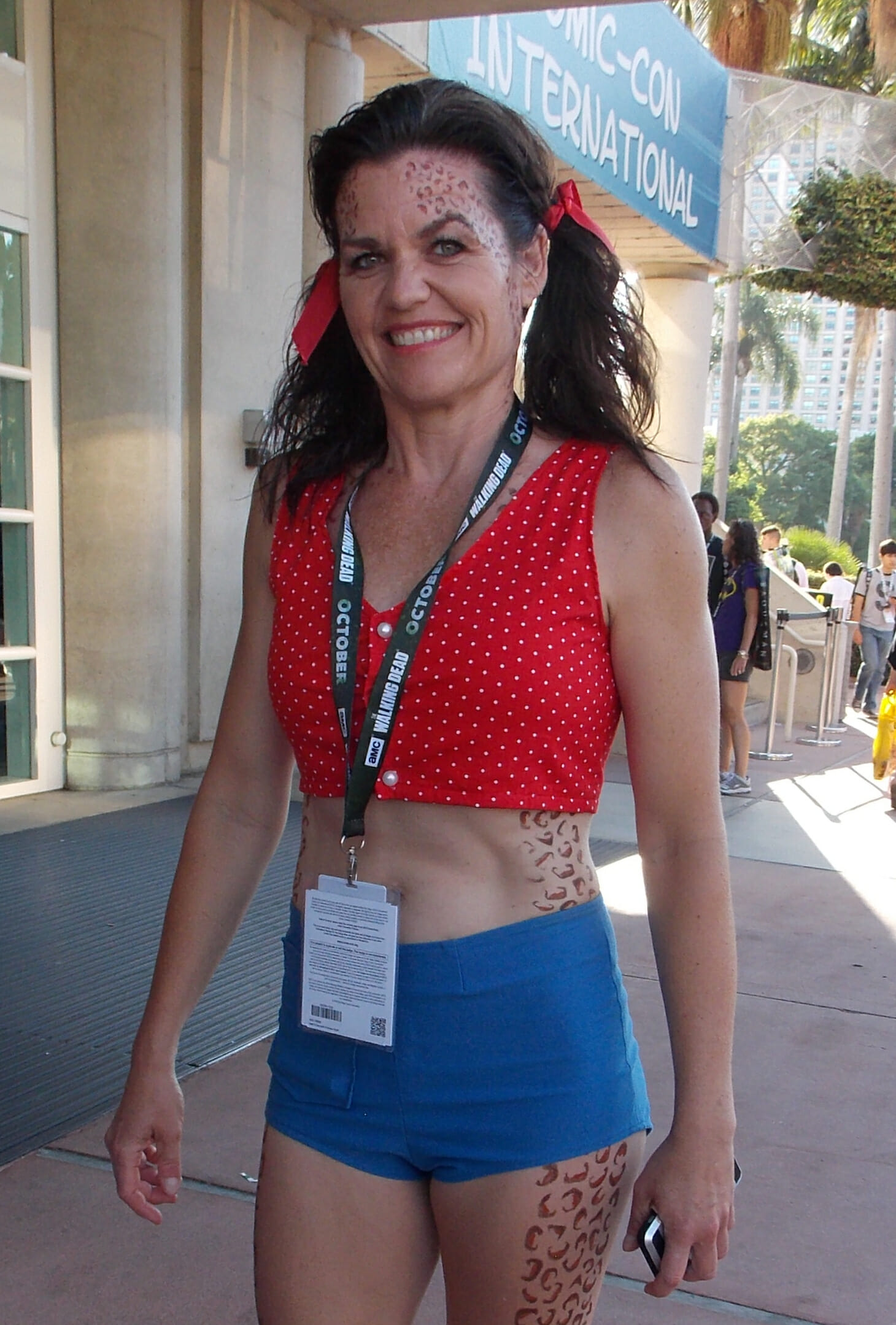 Mary Ann had a Gilligan with her, but since he was just a good old fashioned human, he had to be left out of this article. It’s hard to say if this technically qualifies as a mashup since he didn’t actually combine anything together, but instead perfectly copied the Kermit featured on his tee that mashes up all sorts of geek interest. Still, it’s good enough for me.

As always, feel free to share any great mashups I missed in the comments and if you want to see more, don’t miss those spotted at the 2015 and 2016 conventions. 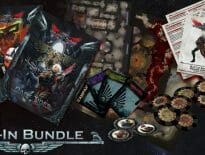 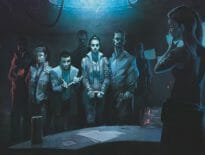