You are here: Home / Games / Tabletop & RPGs / A story game of resistance: Red Carnations on a Black Grave

A one-shot RPG based on real-life events of the 1871 Paris Commune. Red Carnations on a Black Grave has funded, its unusual concept already drawing in some $17,000+ in pledges against a more modest goal of only $3,000. At the time of writing, there are 7 days in which you can back the Kickstarter.

A pledge of $16 is enough to get the print-and-play PDF of the rules whereas you have to take the big step up to $40 to get those with the softcover rule book, 80 colour game cards and 12 colour character cards. Both options will put your name in the credits.

You can pledge higher if you wish to get more copies as you’re a retailer or because you want an online session for five players and designer Catherine Ramen.

The Paris Commune tried to make a socialist utopia but failed. The game is about discovering how far will you go for what you believe in even if it means your death.

The freeform game supports 4 to 6 players, and it can be played in a single session of four hours. Each player will have two characters, and some of them will die. Play to discover the fate of the surviving characters.

The publisher is Aviatrix Games which is run by Catherine Ramen. She’s been playing D&D since 1981 and other projects include Rovers, a retro space opera, and Midnight at the Oasis, a story game of queer culture.

A story game of resistance: Red Carnations on a Black Grave 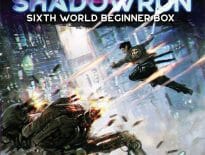 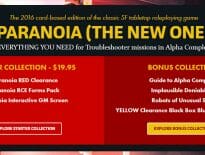