Gale Force Nine has a Dune board game due out in August. The game takes material from the full range of Dune stories, so to spin politics, intrigue and warfare on the planet of Arrakis into a six faction battle royale.

This is an updated version of the old 1979 Avalon Hill “Frank Herbert’s Dune” which has been out of print for many years. Gale Force Nine has made some small adjustments, added some clarifications but very much kept the original core of the game.

Included in the box are one game board, 5 player aids, 30 large leader discs, tokens and markers for each of the factions, 156 Spice tokens, 2 battle wheels and 166 other cards. There are a quick start ruleset, advanced rules and a synopsis of the Dune story to get you up to date.

The game can be played with between 2 and 6 players, but it will require at least two hours to play and has a recommended retail price of US$50.

Dune is very much in the limelight right now Legendary PIctures working on a new movie and a TV series called ‘Dune: The Sisterhood’ in the works. The Sisterhood is being made by Denis Villeneuve (Blade Runner 2049) and will be available via the WarnerMedia streaming service. What that means for people outside the US isn’t clear.

Have you ever played the original Avalon Hill “Frank Herbert’s Dune” game? Did you rate it? Let us know below or pop over to the chat portal to find out what’s going on elsewhere on the site.

A look at Gale Force Nine’s updated Dune board game 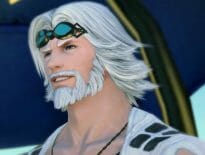 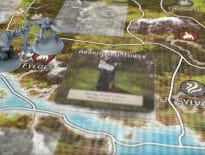