Aberrant was first released back in 1999, and it is still some gamers favourite superhero games. As is the way, Onyx Path are bringing it back via a chunky Kickstarter campaign. The project already has twice the amount of cash it was looking for, and that total is likely to climb higher still. You can follow along with progress on the campaign page.

You need the Trinity Continuum Core rules to play Aberrant. That might be a challenge because the latest version of that isn’t out yet. The core rules Kickstarted with Aeon and are due out soon. The best way to get the core rules, if you’re not part of the Aeon Kickstarter, is to up your pledge for Aberrant. This means you need $45 for the two PDFs or $95, plus shipping, for the two hardbacks.

Aberrant is a superhero game in which Homo sapien novus appear after a space station explodes above the planet. Aberrants are actually described as hostiles in the Aeon Kickstarter, a superhuman threat that the Aeons help protect Earth from.

That’s a reflection of the scope of Aberrant. You don’t have to be a shining example of goodness. As the Kickstarter pitch asks;

Of course, heroism isn’t for everyone. What would you do with the power of a god?

When is he release date, to purchase?

If OPP has given a date for this, I’ve not seen it. The Kickstarter PDF deliveries aren’t due until the last quarter of 2020, the hardcover not until halfway through 2021 and so I don’t think you’ll get this book in retail any time soon. 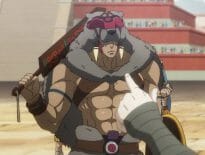 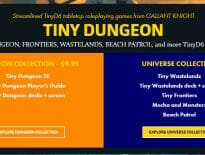