You are here: Home / Games / Console / Tales of Arise: New leadership and a planet of the dead

Bandai Namco has put a new team in charge of the Tales Of JRPG franchise. It’s now led by Yusuke Tomizawa who might be best known as the head of the God Eater franchise.

Let’s see what they can do.

The roleplaying game takes place in a system with two neighbouring planets. The people of the world Dahna have always looked skywards and respected the planet they can see there. They call that planet Rena and believe it to be the home of the gods and of the dead.

The respect offered to Rena by the inhabitants of Dahna, though, is unfounded and undeserved. In truth, Rena is home to a population who have cruelly ruled over Dahna, stripping the planet of its resources and the people of their freedom.

The RPG picks up when two very different people, each born on different planets, meet and long to change the destiny of their respective homes.

Tales of Arise is due out in the Americas in 2020 for PlayStation 4, Xbox One and the PC.

Tales of Arise: New leadership and a planet of the dead 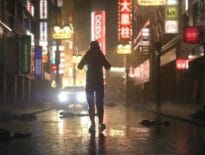 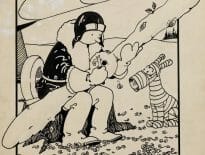