You are here: Home / Books / Comics / Rescue yourself: Princeless takes the Pirate Princess to Kickstarter

Jeremy Whitley created Princeless because he wanted a comic he could read to his daughter. As a result, we have a land in which princesses are routinely trapped in towers and a hero who is a princess of colour who rescues herself, befriends the dragon and goes off on adventures.

The Pirate Princess is book three of the Princeless series, and it is notable because it introduces Raven. Raven’s the titular Pirate and goes off to earn a spin-off series for herself. The campaign launched in the wee hours of the morning and you can follow progress on Kickstarter.

I suppose you could jump into the Princeless series at volume 3 but if you want you can get the first three books in digital form by either adding $20 to any pledge or taking the $28 pledge.

If you want volume 3 in deluxe hardcover, you should scroll all the way down to the $30 tier. That’s good value, it’s just that there are a lot of smaller options ahead of it in the pledge-ordered list.

In the pitch video, we hear about Whitley’s desire to get POC comic books into libraries. You can support this with pledges, and the first one is $160, which will get you 10 physical copies of the hardcover for your class or library. It also gets you a Skype call with Jeremy Whitley.

Tempted? Let us know in the comments section below or take a wander over to Geek Native Chat to see what’s being discussed elsewhere on the site.

Both Princeless and Raven’s spin-off are fantastic! I’m hoping the kickstarter takes off!

Rescue yourself: Princeless takes the Pirate Princess to Kickstarter 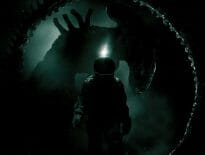 Tabletop & RPGs Space is vast, dark, and not your friend: A review… 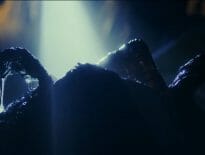