You are here: Home / Games / Tabletop & RPGs / The Runelords board game premieres at UK Games Expo

The Runelords is a popular fantasy series by David Farland. It’s a set of novels where magical blessing (endowments) are given from one to another. Farland has written for Star Wars and contributed to the StarCraft computer game series. He has mentored the likes of Brandon Sanderson (Wheel of Time, Mistborn) and Stephenie Meyer (Twilight).

The Runelords board game is set before the books and will begin its Kickstarter campaign this September. Developed by Red Djinn Productions, the Runelords Board game will have a live Tabletop Simulator version by the time the Kickstarter starts and so would-be backers will actually be able to play the game before backing the print run for the physical game.

Both the Tabletop Simulator and physical board game are on display this weekend at the UK Game Expo in Birmingham.

There’s an interesting blend of card and board game element in the Runelords game. In the first phase of the game, you’re using cards in a way you might a deck builder or resource management game. In the other phase these cards become paper standees on a more traditional board game map.

There’s not much on The Runelords Game.com site currently but there is an email subscription form to sign up for future updates.

Sat down and played the demo at the booth. The system is very smooth. The decks were pregenerated, as was the battle portion to save time so I didnt get the full experience but I can say its really fun and unique and I think theres a cool story solo mode I didnt get to try as well. I will absolutely be backing this.

Thanks for the mini review. Good point about the solo mode. That’s an good way to add plenty of extra value to any board game.

The Runelords board game premieres at UK Games Expo 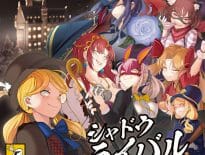 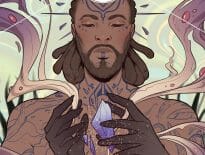