You are here: Home / Games / Tabletop & RPGs / From the Tokyo Game Market to Birmingham: Three new games from Moaideas

Moaideas Game Design is a game design studio from Taiwan. They’ve titles like Witch Hunter Panic, Dungeon Guilds and Crabs! to their name and are just back from showing some forthcoming 2019 releases to the Tokyo Game Market.

This weekend they’ll be in Birmingham, in the United Kingdom, for the vast gaming convention UK Games Expo.

The art below shows Japanese text as these are the promotional graphics from the Tokyo Game Market.

This is a Euro-Strategy game for 2 to 4 players that should last between 30 and 45 minutes. Players are the leaders of cults, fighting to control alters so that they may be the one to summon the Great Old Ones to this world. Actions are limited by rules Tower of Hanoi puzzle mechanics.

Shadow Rivals is a card strategy game for 2 to 5 players which lasts around about 30 minutes. It’s a hand management game in which players are rival teams of burglars competing to steal the most from the extravagant parties of the rich.

This is a deck construction and hand management card game for two players that should last 30 minutes. Players control a team of Heiki (that’s anthropomorphic girl-weapons based on WW2) to fight over land, air and sea battlefronts.

From the Tokyo Game Market to Birmingham: Three new games from Moaideas 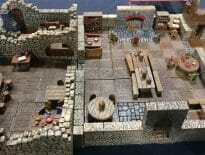 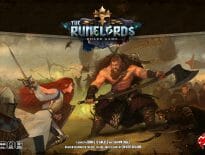