When this Kickstarter concludes Abattoir 8 will no longer be free. Grimmerspace is a Starfinder compatible and grim sci-fi RPG from Iron GM Games and Sean Astin. It funded in hours and we’re surging into stretch goals. You can see how far the campaign gets here.

You will need Starfinder to play this game.

This is a horror sci-fi game in which evil wizards wielding previously undiscovered power (let’s call it magic) invade a galaxy of high-tech dangers.

Curious about how Grimmerspace and Starfinder work together? It was mentioned briefly in Geek Native’s interview with Rone Barton in which we talked about the aliens of Grimmerspace.

In the long list of Grimmerspace add-ons and extras are $40 worth of Immersive Battle Maps and $10 worth of stickers for them. They look a lot like the recently concluded and nearly $1,000,000 Kickstarter from Yarro Studios. You can tell Iron GM are well connected and that looks like a good deal. 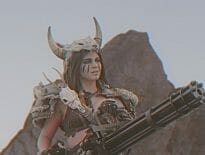 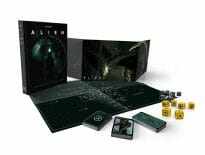