Few people thought Big Eyes, Small Mouth would actually make a return. Let alone in the month “Small Brains” is trying to Kickstart. Why not? The original publisher Guardians of Order and author/owner Mark MacKinnon vanished under a cloud of debt a decade ago. He wrote about what happened to GoO on Board Game Geek.

This week Dyskami has announced a deal with White Wolf Entertainment to produce the fourth edition of BESM. Also, they will publish a new addition of another Guardians of Order game, the superhero RPG called Silver Age Sentinels.

The writer? Mark MacKinnon who happens to be the president of Dyskami Publishing Company.

It’s been well over a decade since I wrote the third edition of BESM, and having the chance to once again produce the game that means so much to me is a dream come true,”

The fourth edition has been under development for many years and is an opportunity to reenvision an entire new game line, updating both the design and presentation of BESM for today’s gamers yet hearkens back to the roots of earlier editions. Furthermore, we’ll be expanding our relationship with Japanime Games to co-publish the BESM relaunch and provide exceptional customer service and support. What a year 2019 is going to be for anime and gaming fans!”

It isn’t hard to find people who still remember the fall of Big Eyes, Small Mouth and Silver Age Sentinels and who feel burnt. On his Facebook page, writer James Lowder was scathing. 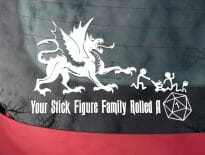 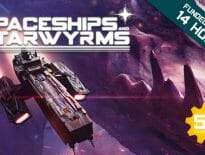