In Journey, you are a traveller exploring worlds of your own creation. The game’s designer, Luke Miller, suggests it’s a good tool for writers, designers, game masters and the uncommonly curious.

Gameplay needs some dice and some playing cards, and while it can be played as a solo game, it doesn’t need to be.

First, players pick a setting to explore, and that could be a whole realm or a spooky castle and a physical form to move through it to discover Waypoints.

Imagination and the draw of cards are used to help discover details about each Waypoint. As a journalling game, players write postcard-sized notes about the experiences their characters had at the Waypoints.

The changes in version 1.1 lean on all the feedback that came in after the solo journalling game’s successful release. There are more details on Travel and Arrival, more in-line examples, layout tweaks and a print-friendly version of the game.

Journey 1.1 also includes an optional mechanic called Travel Points which allow players to add moments of interest or action to moving to Waypoints. 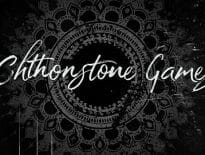