Alien Day is April the 26th, and it marks when Ridley Scott’s classic Alien turns 40. This movie was a sci-fi horror masterpiece with xenomorphs designed by H.R. Giger and the likes of Sigourney Weaver, John Hurt and Ian Holm in the cast.

To mark the 40th anniversary of Alien, 20th Century Fox is working with the creator platform Tongal to release some fan-made Alien short films.

Written and directed by Chris Reading, Containment deals with four survivors who escape a spaceship only to find themselves stranded in their escape pod.

Directed by Kelsey Taylor, Specimen starts with the night shift in a greenhouse that supports a colony. We’ve Julie, her dog Maggie and perhaps something else…

Written and directed by Aidan Brezonick, Night Shift picks up when a missing space trucker is picked up and taken back to base. Perhaps the hair of the dog will cure his condition?

Find some more short films by clicking on this teleport link. 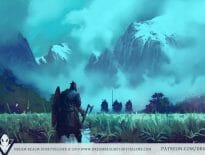 Tabletop & RPGs A look inside the dark and brutal Vikings campaign… 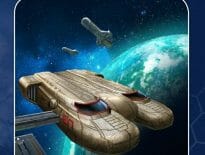