You are here: Home / Games / Tabletop & RPGs / Altered Carbon tabletop RPG due out in 2020

Hunters Entertainment have signed a deal with Skydance to produce an Altered Carbon tabletop RPG.

The RPG will have direct tie-ins with the second series of the show which is expected to air on Netflix in 2019. Hunters will launch the RPG with a Kickstarter this year, and so we might speculate on tabletop game’s Kickstarter coinciding with the Netflix launch.

Altered Carbon is based on Richard K Morgan’s sci-fi novels of the same name. It’s a cyberpunk future in which the mind has become digital, and people transfer from one body to another. The main character is an elite warrior, known as an Envoy, called Takeshi Kovacs who has been stuck in a digital prison for 500 years only to be summoned into a future he tried to stop. In series 2 of the show, he’ll be played by Anthony Mackie (Avengers).

Altered Carbon is such a rich and expansive universe,”

We look forward to producing an equally ambitious and inspired line of games for years to come.”

This is clearly a big deal for Hunters. The headline of the press release was “Hunters Entertainment Rolls The Dice with Altered Carbon Tabletop Role-Playing Game”. That’s my emphasis, not theirs.

Is Altered Carbon a roll of the dice for a publisher? It surely is. It’s a great title, but gamers can be fickle at times. Indie publisher Dragon Turtle Games has shown there’s interest for more cyberpunk RPG action as just a few months ago they attracted well over 3,000 backers and nearly £150,000 in funding for the Kickstarter for Carbon 2185. Carbon 2185 is a cyberpunk RPG that uses 5e.

R Talsorian Games, the people behind the original Cyberpunk RPG, are also working with CD Projekt Red on a new cyberpunk computer game and accompanying tabletop. It could become a busy market.

I recommend trying The Veil: Cascade by Samjoko Publishing. It’s pretty much Altered Carbon in spirit (sleeves and all) and with a very easy to grok system, plus it’s out now as opposed to waiting for a Kickstarter.

Surprised that Eclipse Phase wasn’t mentioned. They cite the books are a major inspiration for their game.

Altered Carbon tabletop RPG due out in 2020 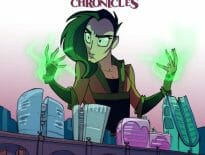 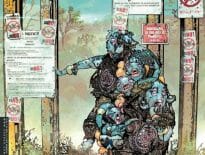