I’d never heard the phrase ‘snowpunk’ before Snowhaven and while I’m not sure it’s a thing I do get the vibe this 5e setting is trying to create. I’m not the only one, at the time of writing, there’s 30 days still on the countdown clock and Snowhaven has hit 294% of its funding goal. You can follow progress here.

Snowpunk is the oppressive isolation of winter without end and near steampunk levels of technology in a high fantasy world. In a snowpunk game expect intrigue and noir.

If you back at $7 then you get the old Snowhaven edition. That was designed for the d20 version of D&D, but at least you get it straight away, no waiting.

You have to step up to $20 to get the 2nd edition, 5e compatible, Snowhaven. This version of the supplement is an at-cost print-on-demand version of the game from DriveThruRPG. So there’s no way to get a PDF of Snowhaven for Dungeons & Dragons 5th edition.

Creator Josh Heath is asking for $500 for this project and raised, so far, raised $1,500 or so. That means there are Pathfinder and Savage Worlds editions of Snowhaven on the way too.

It’s worth looking at the other stretch goals. $1500 is what it takes to unlock another adventure with the budget will stretch to enhance the cover of the Monsters of the Snow setting.

I just want to clarify that the $7 pdf is 5E compatible, and you will get a copy of that at any backer level. Sorry if that was confusing.

Ah! Thanks for the clarity! Sorry to get it wrong. 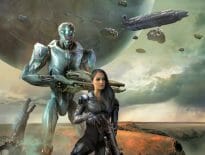 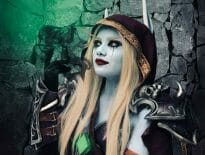