Mike McCraw is an animator with over ten years experience and who has had work shown on the Cartoon Network and by Disney. He and his podcasting partner, Ray Hedgpeth, fondly recalled those ‘School House Rock’ songs. You know the ones: educational music that had lyrics about multiplication and grammar.

The result of that nostalgia is a group of four cybernetically enhanced pets called the “Foil Four” who have to work hard to reign in their rich but foolish mistress Naomi Money. Heliocentric is their animated debut single.

The music is by The Amoeba People, and you can buy the single from iTunes. I think it works best as an animated adventure, though, with the antics of Naomi Money trying to steal the sun frantic enough to keep the attention of young learners.

Heliocentric is a video that geek parents can add to the YouTube queue for their kids and be confident it will both entertain and teach.

The Foil Four are Boxer, the dog, Campbell the hamster, Herman the tortoise and Verve the aloof monkey. 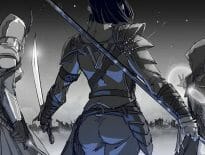 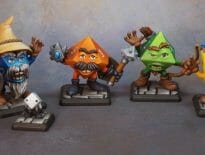