You are here: Home / Games / Tabletop & RPGs / What are murder hobos and where did the phrase come from?

Murder hobos (sometimes written murderhobo) are those types of fantasy RPG character who roam the land using violence as the means to solve most problems.

There is some uncertainty as to when the phrase originated from as there are grognards who insist they heard and knew the phrase in the 80s. However, the first written use of the term archived on the internet today was on the RPG.net forums.

The discussion was around the use of the traditional 10-foot pole. Early D&D games were full of dungeons traps, and paranoid characters would use a long pole to check for pits, poke treasure chests (in case of mimic beasts) and try to push doors open. A user called expanded the conversation to talk about the careers of those adventurers who survived the deadly dungeons. What did they do after?

The first reply came from a RPG.net user called celebrityomnipath who said;

This exchange happened on the 9th of January 2011.

It might seem that celebrityomnipath was referring to an established phrase just from the casual usage, but there’s not even a reference to “murder hobo” ( or “murderhobo”) in a Google use of old Usenet archives.

However, in 2007, four years earlier, another RPG.net thread got very close.

At the end of July in 2007, an RPG.net user called “EvilSchemer” was looking for a better phrase than “Professional Adventurer” and suggested examples like factotum, mercenary or condottiere. That same day, a user called Sage Genesis replied with just two words;

This 2007 reference is likely to be the earliest online but that certainly does not exclude the possibility of “murder hobo” being coined years before.

Are murder hobos bad for the game?

The phrase murder hobo gets used as a pejorative more than as a term of endearment. However, both uses are possible.

Ultimately the question of whether murder hobos are bad for a tabletop adventure depends very much on the style of game played. If the game is a dungeon crawl or a campaign in which the PCs are homeless and have little choice other than to use violence to resolve their problems, then the term fits and the gameplay acceptable.

In games where the Dungeon Master might want characters to talk to NPCs, to debate with them and change minds then murder hobos can become disruptive. This conflict can be especially frustrating if there is only one or two players, in contrast to the desires of the rest of the group, who play their characters in that way. The solution, as it so often is, is for the DM to speak to the players in question or, better still, set and agree on expectations and game style before a die bounces.

Creative Commons credit: In the Eyes of Battle by Saifful John Foo and Avillum: Grim Staff by Carlos Cara Alvarez.

What are murder hobos and where did the phrase come from? 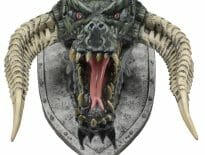 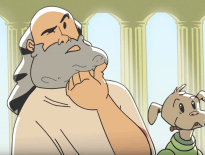