You are here: Home / Games / Tabletop & RPGs / Vapourware and murder: the curse of the Alas Vegas Kickstarter

I last emailed James Wallis about Alas Vegas in March of this year. Shortly after that, the email thread was buried by a pile of work and events. That 8-month delay, though, is nothing compared to the five-year wait that made Alas Vegas one of the most notorious Kickstarter vapourware projects in Kickstarter RPG history.

Suffice to say that Alas Vegas is no longer vapourware, it’s real, and the game of bad bets, bad debts and bad deaths is now available from DrivethruRPG.

Alas Vegas began life as a Kickstarter project. At the end of February in 2013, the campaign closed with £21,000 (about $30,000) raised which was enough for the project to go-ahead. A 100-paged book was promised for a game in which characters start with amnesia and find themselves in a nightmare of a casino city. Alas Vegas was always supposed to channel the likes of Franz Kafka, David Lynch and Hunter S. Thompson.

Why did it take 5 years for the Kickstarter promise to be fulfilled? Designer James Wallis tries to explain;

People I knew started dying in ways that were weirdly connected to things I’d written into the game.”

“I don’t believe in curses, or fate, or warnings or anything like that. But after the second horrible coincidence, it was really hard to sit down and write more of the game. I had to really force myself to work on it.

One of the deaths that so shook Wallis made the front pages of the news in the UK. The victim was the cousin to the famous explorer Sir Ranulph Fiennes. The Telegraph has the story of James FIennes’ murder.

Wallis told me how the real-life crime and the fictional murder mystery overlapped too closely for comfort.

I met James through his girlfriend-later-wife, who I’ve known since I was at school: my sister has been one of her closest friends for over thirty years. James’s murderer used to live two streets over from me, in Clapham–nowhere near where the murder took place. And the murder happened a week after I’d written one of the bloodiest sequences in the game, which in its original version featured a pair of scissors.

Unfortunately, that wasn’t the only horrible death that life through at Wallis. The second isn’t public knowledge and won’t be documented here except to say it also overlapped with events in the story.

Time and time again, Wallis found he had to put this particular writing project aside and return to it at a later point out of the interests of his mental health and those around him.

The finished Alas Vegas is a different project than the 100-page promise. The game is 320% longer and contains material from big-name designers like Matt Forbeck, Robin D. Laws and Rich Dansky. There’s an additional story called “Killing Busy Siegel” by Kenneth Hite, an in-game comic strip by John Kovalic and even Vegas tarot cards by John Coulthart.

At the time of writing, Alas Vegas has an average of 4.5 stars, out of five after 11 reviews on DrivethruRPG. It’s sold by Magnum Opus Press.

Wondering if you had the opportunity to read the comments and updates on the Kickstarter or are you basing your article on the word of Mr. Wallis?

I wasn’t a backer so have limited access to the comments (and didn’t ask for them). I can only imagine intense frustration verging on fury?

It was that. But it also was more. If Wallis is saying the problem was the creepy deaths in his life …well…I think this is still open if you want to dig back in time. https://www.kickstarter.com/projects/jameswallis/alas-vegas-an-rpg-of-bad-memories-bad-luck-and-bad/comments

Hello, As much as I have sympathy with James over those deaths, I think it would be wrong to say that they were the sole issue with the Kickstarter’s delivery. There were several instances where James could have taken easy actions to substantively ease backer anger, but didn’t. Worse yet, there were numerous points where he made unambiguous promises to backers which he later broke, or where he simply decided he wasn’t going to bother interacting with his backers. I, for one, started out as one of his more enthusiastic supporters – going so far as to read one of… Read more »

Vapourware and murder: the curse of the Alas Vegas Kickstarter 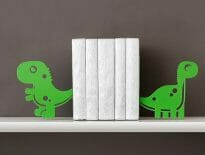 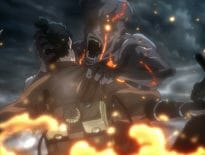