You are here: Home / Games / Console / Make us whole: A Dead Space retrospective

“There’s No Help Coming.” That’s the tagline on the back of the box for Dead Space (XBOX 360, PS3, PC, and MAC). Tag-lines are supposed to highlight why a game is fun. Dead Space doesn’t. You’re alone and nobody can save you from the nightmares waiting for you aboard the U.S.G. Ishimura. Enjoy.

The fact that anybody ever got to play Dead Space is baffling. An original IP survival horror release (from EA of all studios) with no multiplayer, no DLC, and clunky linear gameplay. That’s a checklist of don’ts that developer Visceral Games did. In a rare lapse in poor-judgment EA (once voted the evilest company in the world) published it. Not only that, but they gave huge promotional and financial support to it. If a thousand realities exist, ours is probably the lone one where this game made it to consoles. The series died a protracted death and survival horror moved on… but should it have?

Dead Space came to gamers in the mid-2000s, a time when action was king in survival horror thanks to the success of Resident Evil 4 (RE4). During this era, Dead Space was a throwback, representing a fusion of tropes from the 90s and 2000s. The DNA of the game’s story and setting were story focused games like Silent Hill and System Shock, while RE4 provided the core gameplay.

Dead Space makes players feel ill-equipped for their descent into darkness. Protagonist Isaac Clarke (a combination of sci-fi authors Isaac Asimov and Arthur C. Clarke’s names) is a hapless engineer whose skills include fixing junk and screaming when monsters attack. He is armed, but the Doom Marine he is not. Besides a standard assault rifle, he relies on mining and engineering tools he picks up during his journey to fend off foes.

Dead Space receives flak for being to action focused, and while the combat is action based (you can rarely ever hide or run), there’s never a sense of control. The odds are always stacked against Isaac, and things ratchet up when cornered by a Lovecraftian terror that wants to introduce you to its pincers. This is at odds with the popular hide-and-seek horror games of today. But, in a way, the fact that you have to fight your foe made the game more terrifying.

Players have something to lose in Dead Space: ammo, health, all of it is precious, especially on the higher difficulties (how the game should be played). Survival isn’t always a win. When one of these spidery demons leaves you panting for life, rig in red, and stuck with only small med-pack and a few clips of ammo, it’s not a victory, it’s prolonging the inevitable.

What it takes from RE4’s combat is the variety. There’s a new obstacle every chapter. Enemies that refuse to die, combat in zero gravity, combat in rooms with no air, it goes on. This builds into a gnawing tension. What RE4 lacks that Dead Space has is the tough nature of combat. The signature “strategic dismemberment” adds an extra layer to gunplay. Visceral Games was aware that gamers are trained to shoot for the head. Dead Space poses the question: what if shooting an enemy in the head only pissed it off? The game is unbeatable if the player can’t adapt to this method of murder. This is heightened by the environment, presentation, and story.

Dead Space’s environmental storytelling style leaves players a puzzle to put together; figure out what the hell has happened on this ship of the damned. Audio logs, emails, videos, and in-game clues all hint at the story. Silent Hill, the high water-mark for survival horror, understood that loss and sadness were as important to horror as the scares themselves. Dead Space understands this as well.

Isaac comes to the Ishimura not only to fix the ship but he’s to for his lost love, Nicole. There’s a layer of melancholy to the whole story. Isaac, though we don’t hear him speak, knows that his trek to find his girlfriend isn’t going to have a happy ending. Then there is a “civil war” breaking out on the ship between the Unitologists (a thinly veiled metaphor for Scientology) and the Earth Gov forces. Unitology isn’t a throwaway element either, it’s a developed religion with a fascinating backstory.

The story is supplemented with fantastic sound design. The halls of the Ishimura are whispering. Indistinct alien noises echo inside and out of the ship’s metal skeleton. Even the equipment and utilities of the ship make the worst noises one can possibly imagine. Simply put, there’s a 50% chance a noise is something coming to dismember poor Isaac. Add in the wonderful lighting system, the minimalist heads-up display, and graphics that have aged fairly well, and it doesn’t show its age (save for the human character’s faces). And then there are the things you’re shooting at.

Dead Space’s enemies benefit from the game design of titles like Fatal Frame, which required players to get as close as terrifyingly possible to ghosts to dispatch them. Like Fatal Frame, the closer enemies get, the easier the limbs become to hit. The catch, like Fatal Frame’s spirits, is that being close to the Necromorphs is not an appetizing thought. Seeing these… things… up close is awful. Visceral Games used photos of car crash victims to nail the appropriate look of the gore. It shows. The necromorphs are an orgy of desecrated flesh, thrown through the gears of a clock, and stood back upright with some staples to keep them together. Each Necromorph is different in the way they’ve afflicted their hosts. Some of these ghouls are simply heads searching for new bodies, while others are full-grown and fused with their gear. Like the necromorphs, symbiotic relationship with their hosts, each element of Dead Space is fused to another. Gameplay feeds into the story, story into the presentation, presentation back into gameplay to create a nasty nihilistic package of a game.

Dead Space did well upon its release and spawned sequels that played and looked better but never did what the original did. The tagline “There’s no help coming” doesn’t simply apply to the atmosphere. It’s sadly appt for how EA treated the franchise. They never knew what they had, mistaking the gore and gunplay for the reason why players took to it. Dead Space wasn’t scary because it was gory or shocking, it was scary because it tugged on the nerves of players in the way that movies like The Thing and Alien did to their audiences. Like the Ishimura was designed to drill into planets and harvest their resources, Dead Space was designed to crack open our psyches and harvest our repressed fears for a dive into hell itself. There’s no winning here, only surviving. Have fun.

Will Barboza is a freelance writer hailing from Kansas City, living and working in LA. He’s been featured in Playboy, IGN, and VICE. His hobbies include yelling about the Packers and petting his roommate’s dog. Find more of his words on Twitter: @WBarboza_Writes and on Instagram: wbarbwrites. 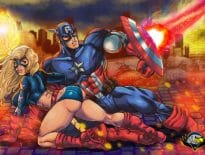 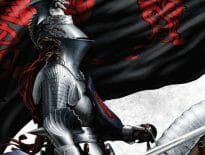