Come November, a group of adventurers will gather at a tavern in Birmingham to collectively face a challenge that can intimidate the fiercest barbarian or turn back the most devoted paladin. They’ll be meeting to experience a round of speed dating! Thankfully the cost of a shot and a glass of beer or wine is included in the ticket price in case a Potion of Bravery is needed.

The D&D themed speed dating night is being run by A Travellers Venture, who organise roleplaying nights professionally, and who runs a Facebook group with over 1,500 members. The company is just a few months old, running its first D&D event in August in a castle.

D20s will be rolled on the dating night. Each attendee will get a notebook, and dice on arrival along with a list of 20 numbered questions. If, as sometimes happens on dates, attendees suffer a mind blank and can’t think of a question then a d20 roll on the question table can provide a conversation starter.

Geek Native spoke to Jo Archer, a lead host from many of A Travellers Venture’s events, and in charge of running the night.

Where did the idea come from?

The idea for the speed dating came from my group (A Travellers Venture). There are a lot of lovely single people in there who find meeting someone with the same interests is difficult. Therefore I figured this would be a great idea. Tickets are selling fast, so hopefully, people agree.

Twenty years ago, the single-at-time me, a devoted tabletop roleplayer would have strongly considered splashing the cash to buy a ticket. He would have two concerns though; am I fearless enough for this and will there actually be many women there? How would you address those concerns?

I will address the woman situation first, we are living in a time where more and more people are wanting to play DnD and from starting my group I have become to understand a lot of those are now women (including myself). They too can feel out of place and lonely and would love to meet someone with the same interests.

I have also put a ticket restriction in place of 11 male and 11 female tickets to assure an equal number of people arrive. :)

Doing RP in front of people, including friends can be even scarier if you ask me, if you’re able to play this amazing game then you are fearless enough to do this. Everyone will be nervous and thinking the same things so I say just put yourself out there and meet some like-minded people.

I will also be adding to the night a sheet of numbered questions to ask people and a D20 to roll to randomise the questions. A potion of courage will also be provided should people need or want it (alcohol).

D&D is enjoying a boom right now. More new players are entering the hobby now than there has been for decades. Why do you think that is? And why are we doing a better job at interesting women?

In the world we now live in, everything is made available to everyone via sites such as Facebook or youtube etc. People have the ability to actually see what the game is, how enjoyable it is and alleviate any fears they may have of the game or even its typecast players.

It is no longer seen as a game with a stigma (well not as much anyway)
Girls can see from podcasters such as Maze Arcana and Critical Role what the game is and that women do play without having to venture to a ‘basement of creepy guys’ (purely fake speculation to make a point).

Also with more people playing, there is more chance someone you know playing, meaning a game is easily accessible. I feel it is only going to get bigger, just like a zombie apocalypse :p

Do you think some female tabletop gamers might still encounter problematic male players, gatekeepers and discrimination? Do you think events like your speed dating night help bring the community together?

I definitely feel that a lot if not most female players will encounter all of the above if they are joining games of people they do not know. I feel this is because DnD is a game where people like to live out what they can not do in real life, such as murder hobos and pillaging etc. There is a thin line that could easily be crossed and can make people, not just women uncomfortable. However, from my group and others like it I am seeing more and more information on how to address a situation should it occur and the main thing to do is talk about it. It will get less, it could just take a little bit more time for guys to realise that women are at the table and they still sometimes need to act like gentlemen. (Same for women too)

I feel my event will help people realise that there are people around them who think the same, it is not taboo and will get people meeting new people. Even if it only makes one love match or actually creates a new playing party, I will be very happy.

I’ve heard the expression ‘couples who game together, stay together’. Have you and do you think it’s true?

This is definitely true, me and my husband both play and DM. As much as couples need different hobbies so they have things to talk about, they also need to do something they enjoy together, laugh together and go on a crazy adventure to save something from a crazy red dragon. We all know how good the game makes you feel so it is definitely helpful to feel that together.

What tips do you have for first-time visitors to the speed dating night?

Can you reveal what some of the random questions on the d20 table might be? Will they be soft, comfortable, introductory questions that are easy to answer? Or bold, brave, questions that can be blamed on the dice roll and might otherwise have been too risque for a shy person to ask?

I am unable to release any questions at the moment as I still have to fine tune them.

What’s next on A Travellers Venture schedule? Any events you can announce or tease at now?

If this event is successful I am wanting to run it every month, for differently aligned people, for example, the next one could be all girls, the one after all boys, the one after that Bi etc. I want to give everyone a chance to do this if they want to and this entire community I am wanting to build is all about inclusion of all. We also have a 4 night Christmas event playing DnD in a really old themed house so that is definitely one to look out for. Again the DM being Grady from DnDice, I will be the host and the chef for that event.

Aspiring Dragon Hunter, is this near me? 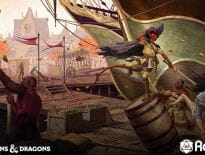 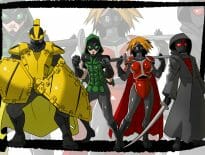 Tabletop & RPGs Genre Police: Look, Up In The Sky!
wpDiscuzComment Author Info
Manage Cookie Consent
This site uses cookies 🍪, and links are ads that may earn bloggers some money 💰, and with this alert, I very much hope that these dark truths 🧌 are acknowledged.
Manage options Manage services Manage vendors Read more about these purposes
Preferences
{title} {title} {title}
Loading Comments...