You are here: Home / Games / Tabletop & RPGs / Random potion generator for D&D and other TTRPGs

Do you have a player browsing an apothecary, picking up potions and asking “What’s this one?”

The button below will randomly generate an exotically named magic potion. It also suggests some other considerations that may add a little flavour to your game.

A typical potion generator will typically randomly pick an item from a set of rules, for example, picking one of the potions from the D&D Player’s Handbook.

I created this generator for a D&D 5e-based game in which a friendly apothecary was a reoccurring character, and I wanted the names of the potions to do three things.

Firstly, the metaplot of the game world was that while it seemed pleasant and prosperous in the “civilized” kingdoms, it was actually the case that many ‘monstrous’ races suffered in secret as miners and were even farmed for alchemical parts. The names of these potions, sometimes, allude to this.

As is sometimes the case with shopping, the fancy name of the potion did not always accurately reflect the alchemical contents. This was an added complication.

Secondly, I wanted more game flavour than just calling things “Potion of Healing”. This was especially important as none of my PCs had the skill to identify one potion from another. Giving the medicines weird names meant the group had to rely on the apothecary to tell them what each item might do.

Lastly, I wanted each consumed potion to have a minor effect. There is a temporary and cosmetic unpleasantness that represented the ‘cost’ of consuming the item.

Lastly, just in case I needed to know what a randomly generated potion might do, I also added a suggestion for what the vanilla D&D 5e potion might be.

This will be very very very handy.
I just rolled a couple randoms and I love the detail written for them.

Thank you! I appreciate that.

I’m in such good luck! I’ve just created an one-shot with an evil alchemist, and the names give great flavor! this is gold, thank you so so much!

That’s awesome! I hope this works well as those names (many of them) are certainly supposed to nudge towards the evil/murky.

This is so neat to have on hand.

Random potion generator for D&D and other TTRPGs 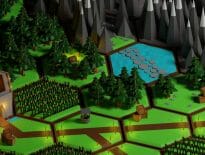 Tabletop & RPGs Genre Police: Out of the Box Thinking 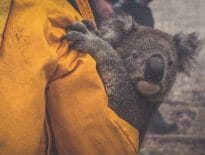 Tabletop & RPGs Chaosium use the RuneQuest Glorantha Bestiary to s…
wpDiscuzComment Author Info
Manage Cookie Consent
This site uses cookies 🍪, and links are ads that may earn bloggers some money 💰, and with this alert, I very much hope that these dark truths 🧌 are acknowledged.
Manage options Manage services Manage vendors Read more about these purposes
Preferences
{title} {title} {title}
Loading Comments...