The 7th Guest was published in 1993 and was one of the first games to be released only on CD-ROM. It was a hit at the time, selling millions and receiving press attention for its adult content, using pre-rendered 3D graphics (impressive at the time) and making live-action clips part of a tame.

In its life as a computer game, The 7th Guest was available on DOS, CD-i, Mac OS, Windows, iOS, Linux and even OS X. Now it should also be a board game as a Kickstarter met funding goals and is now trying to navigate all those unexpected challenges Kickstarters sometimes run into.

So what precisely as the challenges Trilobyte Games are facing? A Kickstarter update at the start of the month acknowledged they had missed the July target because of two-speed bumps. One is solved and was a problem around getting red to look right. The second is a problem with the box that Trilobyte and manufacturer are working on.

Trilobyte Games tell me that they’re about to release The 7th Guest: The Board Game so hopefully, backers will not have very much longer to wait.

In the board game players re-enter the mysterious Stauf mansion which is crammed full of puzzles and make their way to the top. It’s a battle of wits and knowledge, and the winner is who escapes with their sanity and soul. Sounds like fun.

If you’d like to join the waiting list for the game, then there’s Backerkit. The game has picked up an extra US$12,000 in Backerkit activity ever since the Kickstarter wrapped, so there’s apparently quite a bit of appetite.

There are a few gems on the Trilobyte Games website which also fall into that pioneering category of game-meets-video.

There’s Tender Loving Care which stars John Hurt (The War Doctor) as a Doctor who unveils a dangerous love triangle. There’s even an uncensored version of the game on Steam.

They also have the sequel to The 7th Guest (computer game) in the form of The 11th Hour which is also on Steam. 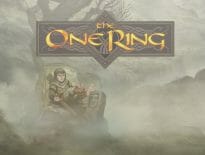 Tabletop & RPGs The One Ring RPG on Humble Bundle 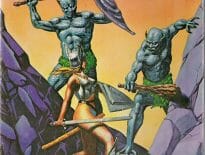