You are here: Home / Games / Tabletop & RPGs / What was the first RPG?

The first evening of tabletop roleplaying, as we would recognise it today, was run by Dave Arneson in 1971. The campaign setting was Blackmoor, and the game system was a modified version of Chainmail.

Gary Gygax and Jeff Perren created Chainmail, both members of the Lake Geneva Tactical Studies Association, after being inspired (in part) by the game Siege of Bodenburg. While Chainmail was Gygax’s first commercial product, it did not describe itself as a roleplaying game and sold as rules for medieval miniatures. Arneson added character classes, experience points and levels to his homebrew version.

Dungeons & Dragons began life as a variant of Chainmail, was published in 1974 and is widely considered to be the first commercially available RPG. Gary Gygax had joined in on the Blackmoor gaming evenings and together with Arneson started to design “The Fantasy Game”. The name “Dungeons & Dragons” is widely believed to have been picked by Gygax’s daughter, Cindy, after being given a few choices to choose.

Gygax was not able to find a publisher for the game, so with Don Kaye, he founded his own company. Tactical Studies Rules, known as TSR, was born in 1973 and ran until 1997 when Wizards of the Coast bought it. According to reports, D&D sold better than Gygax expected. He sold 1,000 copies in the first year and then 3,000 in 1975.

The original D&D (sometimes referred to as OD&D) was a set of three slim booklets that came together in a small box. It assumed people already knew the basics of wargaming.

The early days of Dungeons & Dragons were not without controversy. In addition to some audiences in America worrying that the game was secretly about satanism and the occult there was a risk of legal action from Tolkien Enterprises. Tolkien Enterprises (know called Middle-earth Enterprises) is the company which owns the worldwide rights to some aspects of J.R.R. Tolkien’s The Lord of the Rings and The Hobbit. Due to this threat, TSR had to rename hobbits to halflings, ents to treants and balrog to balor.

It was only in 2000 that Gary Gygax publically admitted Tolkien’s work had had a ‘strong impact’. Typically, when asked about the inspiration for the game, Gyax had mentioned the works of Robert E. Howard, Edgar Rice Burroughs, Michael Moorcock and even H.P. Lovecraft.

While Chainmail was used as the rule system to the first roleplaying game sessions, Dungeons & Dragons is widely considered to have been the first traditional tabletop roleplaying game. But there are other candidates worth a mention.

Allan B Calhamer’s Diplomacy game was published in 1954 and was a commercial success. In Diplomacy, players take on the roles of world leaders and use social skills, in-character conversions and partnerships to affect the game world. There is even a LARP variant of Diplomacy called in Siobbovia. However, Diplomacy makes heavy use of a game board, as a required number of players, and most gamers would describe it as a board game.

Empire of the Petal Throne

Game designer Greg Stafford began work on Glorantha in 1966 after buying a copy of U-Boat by Avalon Hill.

Stafford took a similar route to Gygax in that after encountering rejections of this concept by publishers he founded his own company, Chaosium. Chaosium is alive and well today, a frequent winner of EN Awards.

However, the first game set in Glorantha was the board wargame White Bear and Red Moon, which was published in 1975. White Bear and Red Moon was most recently published in 1983 under the name Dragon Pass by Avalon Hill, which is now owned by Hasbro, the owners of Wizards of the Coast and Dungeons & Dragons, and the game publisher who first inspired Stafford with U-Boat.

Tunnels & Trolls was published in 1975, just a few months after Dungeons & Dragons.

In some ways, the game was more advanced than D&D with rules for solo-play and the concept of play by post. However, not only did T&T come out after D&D, it was directly inspired by it. Author Ken St. Andre wrote the rules to be more easily understood after finding D&D hard to follow.

T&T was D&D’s main competitor for many years and most recently saw life in 2015 after a Kickstarter by Richard Loomis raised over US$100,000 from 1,638 backers.

What was the first RPG? 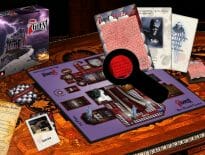 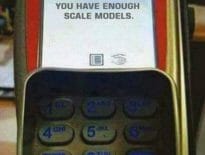