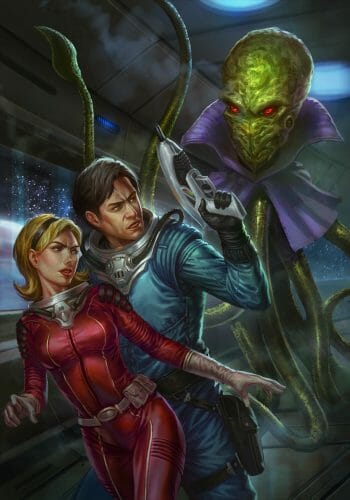 So, Pulp. I’ve left this one off for a long while because I think we needed to discuss a few of the other genres to get here. When someone mentions Pulp tales, we all know what we are talking about. We’re fighting Nazis on a plane wing, discovering lost valleys with golden temples, escaping dinosaurs in order to save the girl and get home in time for lunch. Most of all, we’re on about good, clean, morally clear adventure stories. And we’re quite, quite wrong. But maybe, actually, we’re better off being wrong. Confused? Well, that’s a great set up for adventure. Get on a plane, we’ll trace a line of dots across a map and go!

A Tale Of Two Genres?

What the hell actually is Pulp? If you type ‘Pulp genre’ into a Google search, you end up with little explanation. That’s because Pulp was never really a genre, it was a publishing style. The Pulp theory was simple – rather than try to engineer publish success by finding a very talented writer to create a work that really resonated, instead you could use mass production to put out a vast quantity of stories by a variety of writers and saturate the market, meaning everybody was exposed to the brand and from that milieu, better writers would eventually emerge. Not that the quality of writer mattered if you were selling enough copies. They didn’t have to be good – just good enough. And so, printed on terrible quality ‘pulp’ paper, the short story pulp magazine was born. With just enough quality control to keep the readers hooked, the periodicals soon began to print more and more outlandish and lurid stories. While recognisable as our definition of ‘Pulp’ these stories often skated the edge of what was acceptable, embracing their heritage from the Penny Dreadful and Dime Novel of earlier brands of popular fiction. They regularly feature horror elements and plots involving murder and carnal desires. Pulp stories also ran the gamut of ‘genre’ material and couldn’t be defined as one ‘type’ of tale. While Ol’ Indiana would have fitted in, he might have been considered a lame duck.

Eventually, the pulp magazine had its day. Post the Second World War, changes in publishing meant that the price gap between cheap publications and glossy magazines shrank and the moral climate regarding risky literature changed. The genre began to die out, replaced by ‘Men’s Adventure Magazines’, which are in actuality more recognisable as ‘pulp’ to our modern day sensibilities.

So, what happened? Why have we misremembered? Why is pulp very much a genre in our minds that is only tangentially related to reality? The answer is quite obvious. It’s Raiders Of The Lost Arc.

While the adventure story had been popular in some circles before this, Raiders catapulted a sanitised version into the public consciousness. This is reflected in RPG circles in that before the film released we’d flirted with the idea of pulp-type heroes with Top Secret but afterwards saw a variety of releases set for just this sort of playing, beginning really with Mercenaries, Spies And Private Eyes owed a massive amount to Raiders. Then TSR released the now infamous Indiana Jones RPG (so good they had to burn it). As these types of game grew, we in roleplaying circles needed a term for games that fit a certain mould of aesthetics and time period and it became ‘Pulp’.

Does that mean the RPG ‘Pulp’ is anywhere near the literary ‘Pulp’? Maybe, if you squint. But it’s an interesting observation about roleplaying that we often need to have genre labels that aren’t correct if we look at them closely. The name to us as gamers is reflective not only of the style but of the period. With ‘Pulp’ we’ve chosen the name because it’s useful to us in explaining that not only is our story/campaign going to feature a certain adventurous style of play, it’s also going embrace a Thirties/Forties way of doing it. Like Noir before it, the name comes loaded with a certain time period burned into our consciousness. So Pulp stands in for ‘a little like doc savage and indiana jones’ when we explain to new players, even though we are all using it wrongly, its a needed nomenclature.

So maybe it’s okay after all.

Here are some RPGs firmly rooted in Pulp ideals and periods. A shout out to the D&D Eberron setting for actually being the master of showing how to weld Pulp ideas into a fantasy world. I’m only not featuring it because someone called that fusion ‘Dungeonpunk’ and now I’m mad at how wrong the label is.

Hollow Earth Expedition: A very Pure expression of Pulp ideas, HEX is a game beloved by many for its embrace of the zany aspects of the style. With a straightforward system and amazing locations both in the Hollow Earth, on the surface world and eventually Mars, HEX is an exciting ride. Not only that but if you show someone the cover of that book, they know what they are getting into.

Spirit Of The Century: Adding a superhero rub to the Pulp Genre, Spirit Of The Century asks us to look back and the 20th century as a time of hope and heroics. Its ‘Centurions’ are the very embodiment of great daring-do. Also, the product covers feature a fight on a plane wing, a mammoth in New York and a Warrior Monkey. Checking all the boxes there.

TORG: Torg is a lot of things to a lot of people but it features elements of great pulp play and vast uncharted territories of Earth that need re-exploring. It also embraces the Pulp aesthetic by making the players add in unexpected plot twists through the use of cards.

DM Jones & The Temple Of Tropes

So Pulp is very hard to nail down, especially if we are looking to separate the genre from it’s Thirties roots because its framework is so intertwined with everything populist at the time. (It’s not the only one – try Grindhouse without the Seventies). But after weeks of expedition, I’ve uncovered a series of ideas to add a ‘pulp’ feel into your games.

Heroes are front and centre
It’s all about the Heroes and Players. More than any other genre, make their characters have the important moments – almost never give plot-solving agency to a heroic NPC unless they’ve been granted it by a player character. The characters have the power to shape the world for the better, often by punching it in the face. Also give the players a resource where they can write part of the story – maybe by spending it to create helpful events or describe the final end of a nemesis.

Daring-Do
Reward bravery and ‘giving it a go’. Players should not be thinking about character mortality and you should be doing your best to make sure they feel like as the central protagonists, they can take risks and succeed. Let some of their plans work, especially if they thought them up in the moment.

Straightforward Morality
Don’t make a pulp game about complex moral decisions. As everything should be solvable by punching a bad guy, those bad guys need to be punchable. Don’t have them do anything too grim, instead just make them unapologetically bad guy-ish. No shades of grey here. Also if you can have them be Nazis, make them Nazis.

The Kitchen Sink Approach
Throw everything in. Seriously. Dinosaurs are not enough. Dinosaurs ridden by Ape warriors from the under-city of Thule, controlled by an Atlantean wizard – that might do. You aren’t here to lovingly recreate the era. Imagine, that like an original pulp writer, you have to make a sensational story every week for publication. Every chapter has to be bombastic. Throw all the ideas in. If you get it wrong or weird, it’s not a problem. Example: I once had my players team up with Bing Crosby to stop a mad scientist and a group of communist North Pole Elves from turning the Statue of Liberty into a doomsday device which was eventually shut down by the whole table holding hand and singing ‘I’m Dreaming Of A White Christmas’. Because we all knew the genre, nobody blinked.

Recurring Villainy
This is hard to pull off but is kind of quintessentially Pulp. Have villains make escapes if you can. Or at least come back as clones. Or robots. Or Monkeys. You get the picture. Pulp villains are often recurring foes who return again and again to plague a hero. My suggestions while doing this are as follows:

Now you are ready for a world of Pulp adventure.

I love the history you provided behind it and the examplea you give from different mediums like RPG!

Thank you, feel free to check out our other genre police articles, which all have a similar format!

This was really interesting, thank you for sharing! I know the history of Penny Dreadfuls and so on, but as I followed this link I realised I had no idea what Pulp fiction actually was… and then you asked that exact question – and gave a very thorough and useful answer to boot! Thank you :D

Thank you, if you’re interested in penny dreadfuls, you might want to check out our earlier series of genre police articles on horror & westerns for a look at some of the other descendents of the genre. 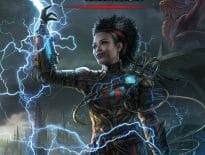 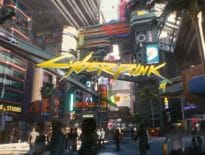