You are here: Home / Books / Comics / Beware the manpig: A review of Factory 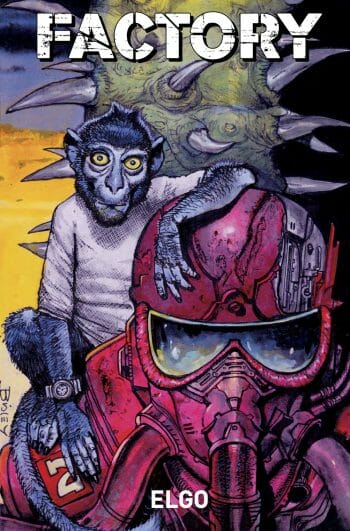 Factory caught my eye at the start of the year when Geek Native was able to share a preview. Since the first Volume of Factory, a collection of the first three books, is out this month, I opted to take a closer look this week.

It’s the end of days. There’s nothing left to eat. The human “civilisations” have descended into cannibalism and refugee camps.

The exception is the Factory. The Factory is an industrial complex where the lord is remarkably fat given the shortage of food, security guards well equipped, strange flying human face cyborg drones. The Factory occasionally hands out food to the refugee camp and, in exchange, rounds up people to work in their complex.

The comic book starts off with a gruesome scene of a psychic floating in a medical tank, looking very much like a baby with spikes – something right out of H.R. Giger – suddenly dies. It begins to grow, flesh boiling over, tank breaking and goo spilling out on to the floor. The medical staff at hand can do nothing except look on in horror.

The last words the psychic creature managed to splutter, as it dies, are of the “manpig” and a warning. At first, the guards are tempted to ignore the comment as nothing more than the ravings of a dying psychic but they report it anyway and the baron, the guy who seems to be in charge of the Factory, takes it very seriously. 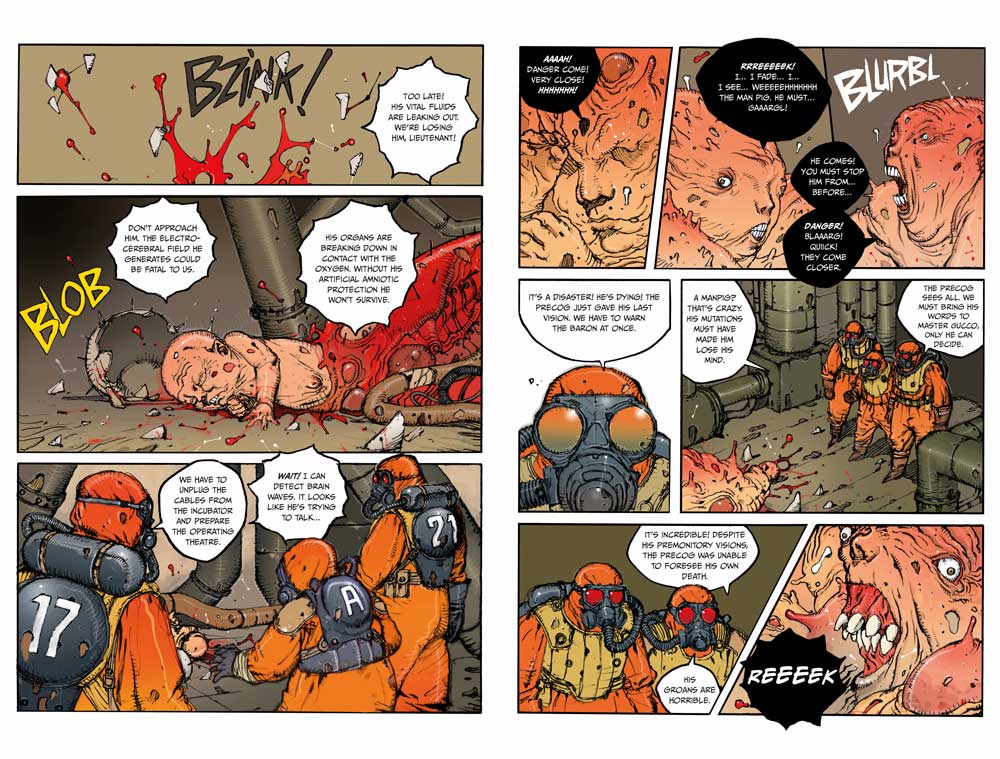 Yacine Elghorri (aka ELGO) is a gifted writer. In the very next scene, as unlikely as it seems, the action cuts to a manpig making his way through the wasteland with a small group of travellers. He’s been cursed and in search of a legendary tribal leader who is said to be a wizard and able to reverse the curse.

But, we’re kept guessing as to who the manpig might be.

In other a scene, the baron’s floating drones manage to find someone hiding in the refugee camp who looks a bit like a pig too. Not a cursed human; just ugly. In defiance or perhaps forgetting the psychic’s warning about letting the manpig reach The Factory, this grovelling human is taken to the baron for questioning. A move that turns out to be a mistake.

There are other candidates too. There’s a mysterious human wandering who, against all the odds, has somehow made it through the wastelands on a mission of vengeance against the baron. He rallies the refugee camp to his cause. How? The stranger throws the head of a pig to the hungry masses and promises the starving camp that he knows where there is more food. That’s enough to win their loyalty. 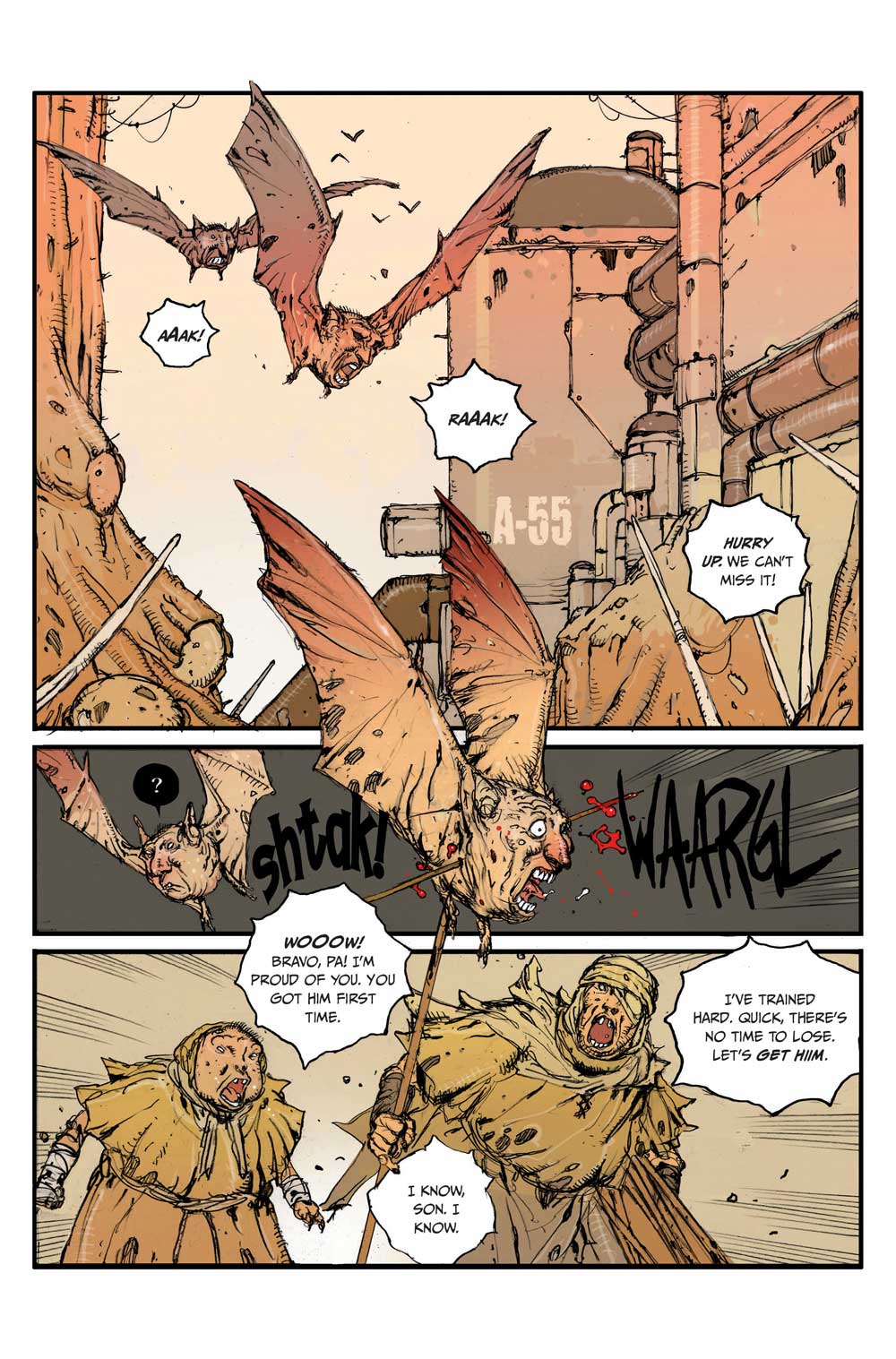 A lot is going on, and sometimes the transitions between the storylines are quick and brutal. There’s one scene where the characters have eaten something that’s causing, and I had to stop and think whether or not the story had cut to elsewhere in the wasteland or whether I was still watching the hallucinations play out.

The Factory may have made me flick back a page to re-read something and work out what is going on, but that’s okay. It’s more than good enough to be worth those extra page flicks.

Yacine Elghorri is also a talented illustrator. I love the style of The Factory. It’s bleak and bold at the same time. Sometimes I’m reminded of Tank Girl, but then I wonder if some H.P. Lovecraft stories could be drawn in a similar style and that’s quite a divergence.

Factory is fresh and horrid, crisp and original. It’s not sexy teenagers in tight body suits saving the world. I don’t think anything can save the world at this point. We’re just watching the survivors in their last throws of life – a bit like the psychic right at the very start of the story. 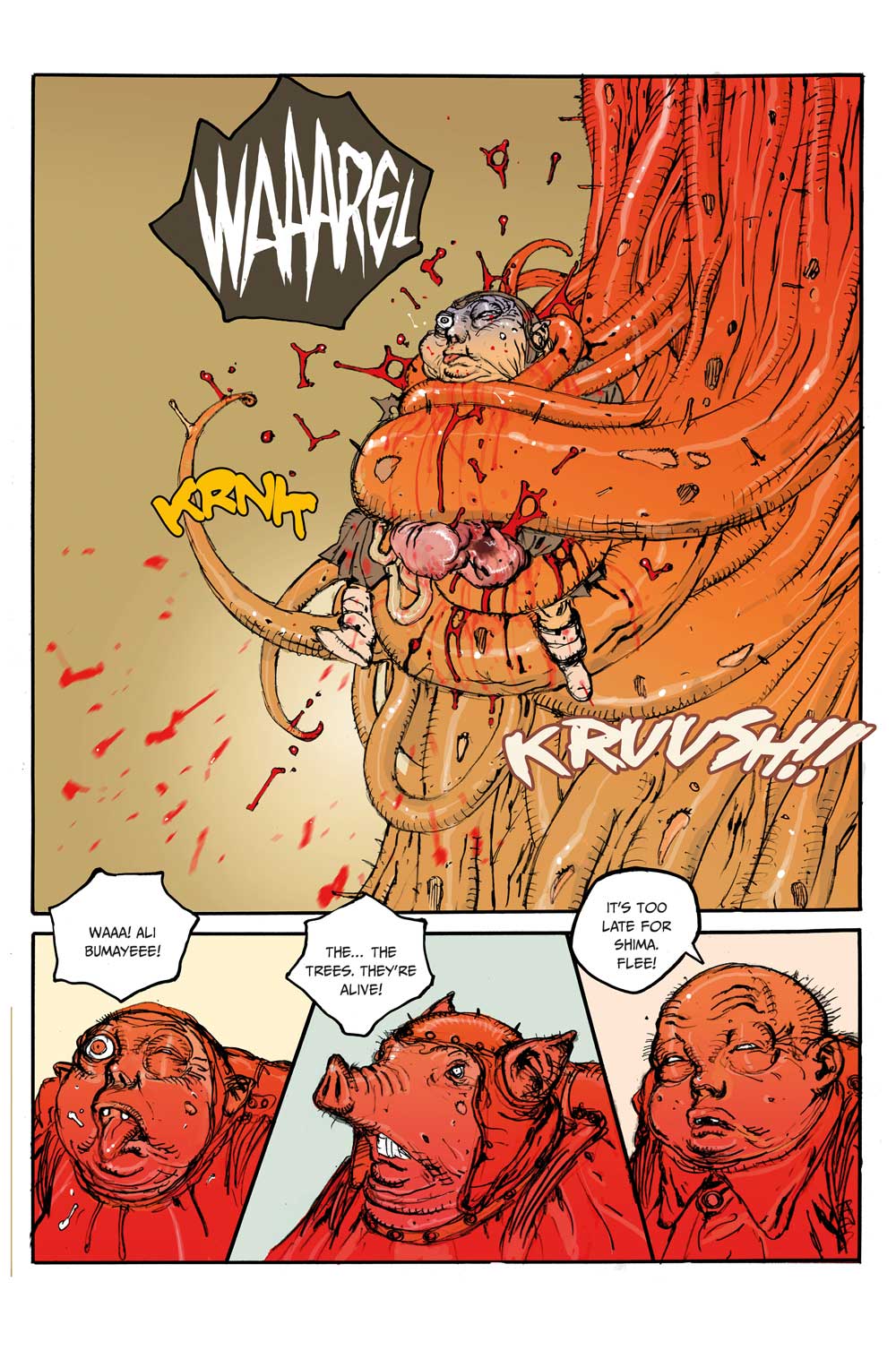 My copy of The Factory was provided for review. Volume out is out August 28th, 2018, in the UK.

Beware the manpig: A review of Factory 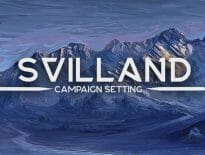 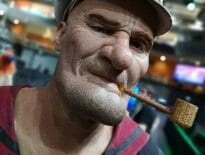