You are here: Home / Geek Stuff / Here is Jensen Ackles as The Red Hood

Jensen Ackles may be best known for playing Dean Winchester on the long-running TV series (now in its 14th season, wow) but in Batman: Under the Red Hood he was also Red Hood.

The Red Hood is a bit of an anti-hero. He sets out to take down the Black Mask and the other criminals of Gotham but his approach takes him into conflict with Batman, Nightwing, a new Robin and even the Green Arrow.

This week Jensen Ackles posed with a The Red Hood costume prop. He introduced the picture as Dean Winchester meeting Jason Todd and called it awkward.

Ackles’ many fans approved of the picture and began to imagine what it would be like if the Supernatural actor actually was cast as a live action The Red Hood.

Artist BossLogic took it further and drew it.

What do you think? Would you like to see Ackles in the DC universe?

Here is Jensen Ackles as The Red Hood 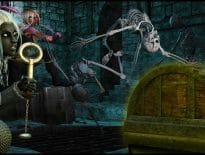 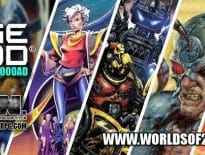