You are here: Home / TV / Online Shows / Fans demand Zach McGown as Geralt of Rivia in The Witcher

Netflix has a holding page for their The Witcher series which says the show will be out in 2018. Really, so soon?

The witcher Geralt, a mutated monster hunter, struggles to find his place in a world where people often prove more wicked than beasts.

But who is going to play the titular Witcher? Ask the internet who plays the Geralt of Rivia now and you get back Michał Żebrowski. That’s because he did! He played Geralt in the Polish film The Hexer. As for IMDB’s entry for the Netflix series, right now, you’ll get nothing.

Zach McGown is certainly on an upward path. He was Captain Charles Vane in Black Sails, King Roan in The 100, the Russian submarine captain in Agents of S.H.I.E.L.D. and recently completed roles in both The Scorpion King: Book of Souls and Death Race 4. 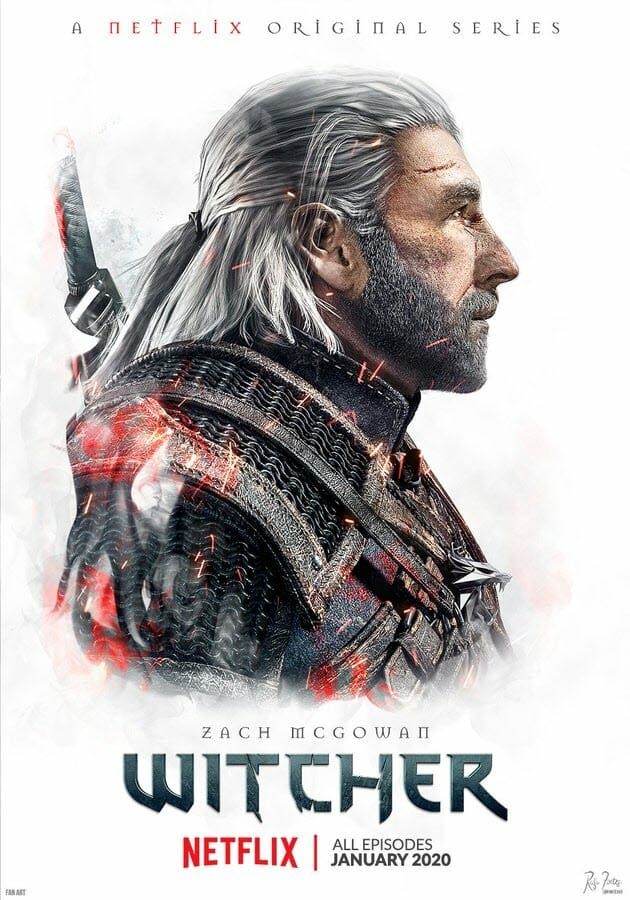 Check out this poster by voice actor Raff. Fortes. This fan art certainly seems to suggest McGowan would be a natural physical fit for the role. He’s that slender-muscular fit which The Witcher will demand with the angular face.

Who do you think Netflix should cast?

Fans demand Zach McGown as Geralt of Rivia in The Witcher

Comics Check out this extended preview of Moorcock’…

Tabletop & RPGs Vampire: the Masquerade keeps growing as White Wol…
💰 Copper Coins 💰 Geek Native is an affiliate and may earn commission on purchases you make from third-party sites.
🍪 Privacy & Cookies 🍪 The site uses cookies because that's the internet. By using the site, you agree to their use and 1d4-3 privacy damage (tracking). If you defeat cookies via ad blocking, please consider the Patreon. An intro to cookies, and how to control them, can be found here. I Accept