You are here: Home / TV / Anime / Son of Ogre: Baki’s next season lines up the father-son fight we’ve been expecting

If you quite enjoyed Netflix’s Record of Ragnarok and wondered if there were other tournament-based and action-packed anime then you should check out Netflix’s Baki.

Reasons to like Baki include brutal fights, plenty of head to action violence and yet, impressively, plot! There’s stuff going on behind the scenes. The Baki versus his father, a monster known as The Ogre, for one has been brewing.

Baki Hanma has been training to surpass the strongest fighter in the world, a near superhuman, Yujiro Hanma.

There are surreal hints in this series as, unless it’s a visual metaphor, it looks like there’s a giant mantis for the teenager to fight. Those five death row inmates are like the Yellow Cat and just won’t seem to go away; they always come back and are in the way again.

The manga is still going, via Akitashoten Comics on comiXology who describe the series;

Son of Ogre: Baki’s next season lines up the father-son fight we’ve been expecting 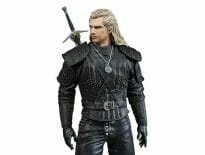 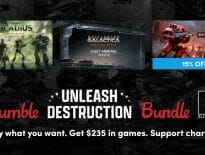