Fancy playing an intelligent doggo in your next dungeon-crawling quest? Now you can thanks to Russ Charles and this Kickstarter campaign.

The pledge tiers are so simple. There’s only one. £27 will get you the 12 Dungeon & Doggies minis, the Kickstarter exclusive of Tonka the Mastiff Bard, an animal adventures dungeon and rules companion.

The company behind this is Painting and Polygons and although they’ve been involved in Kickstarters before this is the first time they’ve acted alone. There’s unlikely to be stretch goals but if your favourite breed isn’t yet modelled then it may still happen. 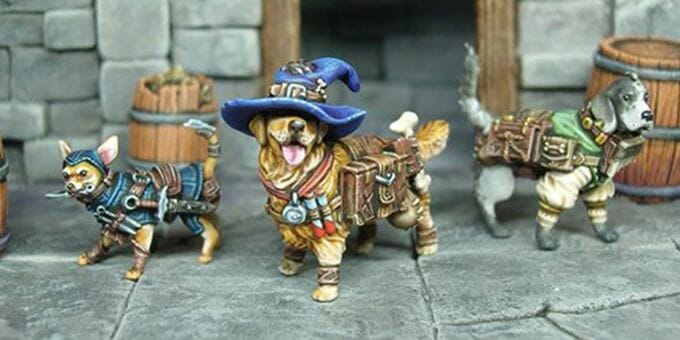 Will you be a good dog? A review of Pugmire

Dungeons and Doggos already exists as a webcomic and therefore already has a fan base.

This isn’t the first RPG sourcebook to support intelligent dogs. Eddy Webb’s Pugmire has done well, enjoying an average rating of 4.5/5 on DrivethruRPG after 18 reviews.

Books In space, no one can hear you plot: A review of Th…
wpDiscuzComment Author Info
Loading Comments...