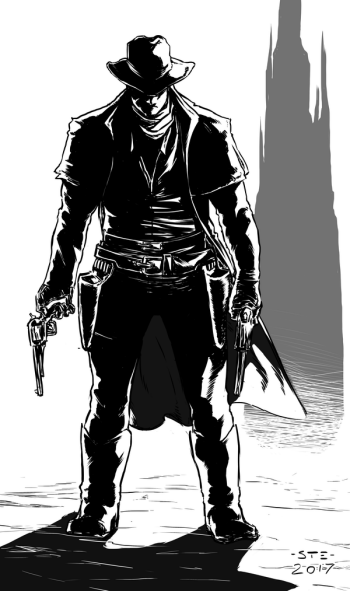 Many of you might be wondering why I’m even bothering with the Western. Nowadays it’s viewed as a diminishing corner genre. When you say ‘Western’ to people they come up with an idea of ‘heroic cowboys’ killing ‘savage injuns’ and give it a pass. While there is some content that resembles this statement, not all of it is racial stereotyping. Many westerns touched on political tensions of the day, the place of violence in American society, Vietnam war allegory and the danger of applying mythology to living human beings. As we’ll see, there’s quite a bit to unpack.

Western is a genre that has been evolving since its earliest days. The weirdest part of the genre is that is began as a sort of overblown version of current events stories in the form of dime novels. America, barely a hundred years old, was desperate for a mythology of its own. A country of freedom won by conflict, it’s no surprise that it found heroes in independent gunslingers and frontier settlers. These figures expressed a very clear vision of America that everyone could agree on. Pitched as larger than life tales, the genre was the equivalent of comic books or populist fiction and solidified America’s sense of self.

In many ways, the Western has always surfaced at times of American need for identity. It became a pulp genre, with tales of daring do and square-jawed heroes. It rose in popularity during the fifties, supported by Hollywood being able to shoot convincing action. Comic book publishers also saw it as a ‘safe’ genre choice in a period where they were under attack for the ‘corrupting influence’ of horror and superhero titles. Here was a genre with heroes the adhered to normative American values. None of that potential homoerotic Batman/Robin material. Did I mention the 50’s were a strange time of conformity?

And this continued for a while. Until America got itself into a few conflicts that the public weren’t as fond of. Korea and Vietnam bloodied the nose of the country and the western genre began to mutate. Meditations on the uselessness of violence and the damage war can cause became a common staple. If you have time, get a copy of Stagecoach, The Searchers and The Outlaw Jose Wales to literally watch the evolution of the ideas. The cowboys become more tired, less comfortable with the life they lead and the deeds they’ve done.

As they genre continued, it began to try to examine the idea of itself, westerns about the difference between the myth and reality of these ‘heroic figures’. This began as early as Pat Garret And Billy The Kid but ended with the final treatise on the western genre – Unforgiven, a film that deconstructs the genre while simultaneously hitting all the tropes. After this, the western didn’t have many places left to go. Despite a few notable exceptions, it has since begun to vanish into obscurity.

Of course, if you look closer, by then it had mutated. But that’s a story for another time.

While there aren’t too many examples of the western genre, most of those that are knock it out of the park. Honourable mentions to Boot Hill & Aces & Eights, two ‘pure westerns’.

Deadlands: This is the game that saved the western genre for RPGs. While there had been a few notable early attempts, deadlands alternate history pulp horror western really put the idea of a western game on the map. Still going strong years later, the game goes out of its way to feel western, with the original rulesets requiring gambling chips and playing cards to play, with the arcanists of the setting having to make poker hands to cast hexes.

Dogs In The Vineyard: A totally different take on the western, being an examination of morality in the mormon territories. The players act as a kind of religious police force that struggle against demons that the text doesn’t make clear are actually real. It’s great for stories of temptation and loss.

Dinosaur Planet – Broncosaurus Rex: I haven’t played this game. But it has Cowboys and dinosaurs – in space. And I think you can play as a velociraptor. I’m so in.

Here are a number of ideas for putting a series squarely in the genre while avoiding boot hill.

The Wild Frontier: Settlements are few and far between, with bandits, hostile locals and ghost towns littering the landscape. In towns, the saloons and churches are the focal points of life with the people holding on to any plot of land they have fought hard to maintain. Bar brawls break out regularly – this community is a pressure cooker on the fringes of society. Life is cheap and for people to live normal lives requires a few individuals prepared to give that up and become violent protectors. Marked by violence, they stand apart from and defend a world they can never be part of. Read this paragrpah back and instead of a western, imagine a dnd world. Or a traveller planet in deep space. Or a supers city. That’s the tone.

Shifting Morality: Let the players walk the line of what is right and wrong. The reason ehroes had to dress in white and villains in black in a western was often semiotic but it was also so that you could tell who has the good guy! Don’t allow them to tip into debauchery but keep in mind that the story is about morality, really.

Shadow Of War: Every location, have some NPC who has been affected by the shadow of conflict. The post-civil war era was the most evocative of western periods and the most widely recognised time as ‘cowboy’. Aping this gives a sense of history to the setting (see Eberron for a great example).

Family Saga: Everyone has a relative. Invent families and clans that can take on the heroes as a group, have relatives show up for revenge. This era, family was all important and community kept a man sane. If the adventurers have no one, then have normal people react to them as if they are outsiders and strange. Warring clans is a great idea for a campaign backdrop too, with all the players being part of one household. The stories in this genre tend to take place around one settlement so having the occasional local-on-local violence is a must.

Tensions & Showdowns: Big set piece battles are a must,. But they require a lot of tease and build. Have conflicts nearly happen, then people think better of it – for now. Require checks and saves to see who breaks a showdown first then reward the winning side with some kind of bonus for the fight, like the losers are afraid or unfocused. When talking in with hostile NPCs, pause and let silence fill the air for a moment, create a sense of impending bloodshed. Music can be helpful here as well.

Rich & Poor: There’s a vast difference between the haves and have nots. There’s small empires everywhere – the towns are microcosms of society, ruled by the rich. If you have wealth rules in the system, I’d use them and cost out everything. Once/if the players have money the poor people will seem even poorer by comparison.

Law: The rule of law is only paid lip service to and would be gone if not defended by some very tough and determined individuals. Perhaps this is the players, or the main antagonists. If the players break the law, maybe don’t arrest them straight away – but definitely send a bounty hunter after them. Remember it’s a flexible system of law from township to township, with some of them favouring mob justice and hangings. Invent weird cultural laws that only apply to one settlement.

Minorities: It goes without saying that in the real west, minorities had a horrible time. I think not mentioning that here would be wrong but you need to decide if your game features this or an allegory to this. I think discussing it with your players before is the best way to go, if they agree, then jump into it, research what happened and draw inspiration from that. If players play minorities and are ok with it, I’d single that out as an opportunity to do some deep role play. But check first – some people face enough oppression in their lives and come to games to escape. 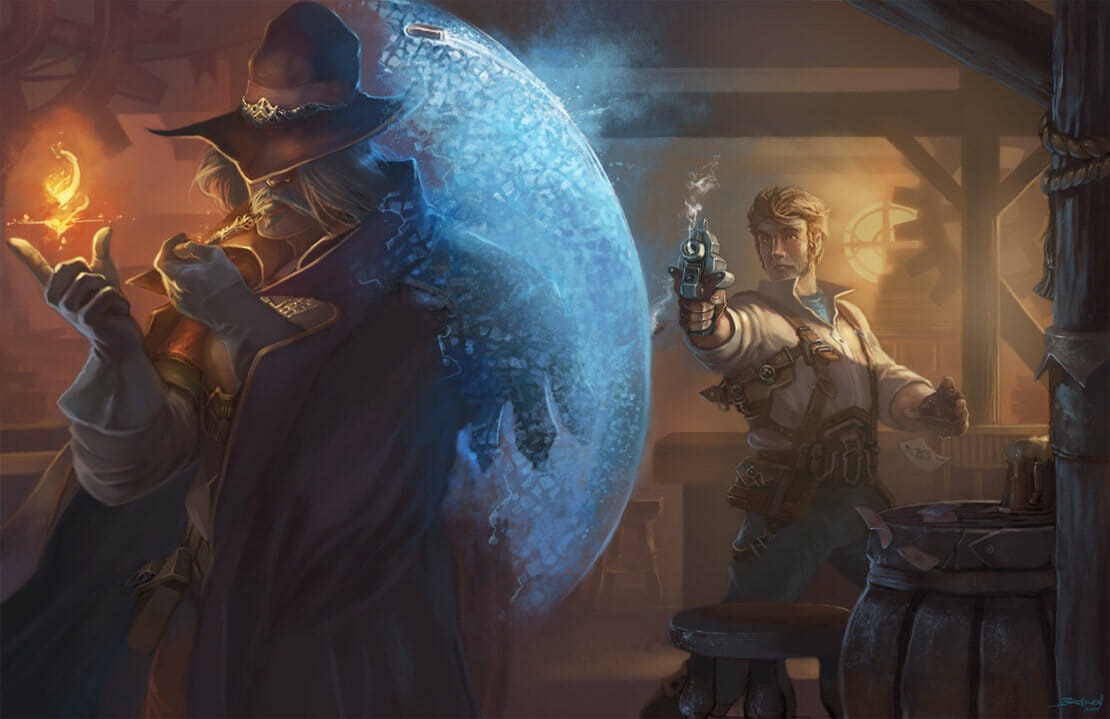 Next time, we’re going to look at where the west went by doing a column about what came after and why I’m sort of not doing a commentary on that genre. I know that makes no sense. 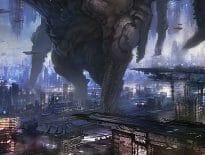 Art The epic scale of the illustrator Hong il An 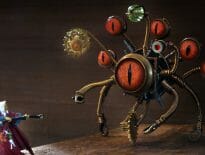