This custom mini from Shapeways and brings the hound-stage Demogorgon from Stranger Things straight to your Dungeons & Dragons table. The Demodog. The miniature was painted by James Slanina and comes from Frederik Derks’ FreddyND Models store.

Freddy’s main business isn’t selling models on Shapeways, in fact, the artist told Geek Native he doesn’t like to charge too much for small models. Most of the cost is added by Shapeways who do the printing. Instead, the artist, based in the Netherlands, is focused on his Patreon which sends out each and every print he creates to backers.

The D&D streamer Amellwind is currently working with Freddy to show off his designs to the community. Amellwind helps put together the stats created by Freddy so gamers can use them without any fuss in their games.

Now Freddy might not want to charge a lot for small models but that hasn’t stopped him creating larger and more complex builds. Check out Kushala Daora a huge and elder dragon. Kushala comes in at 8.44 x 10.16 by 10.09 cm. Your players are going to notice that! 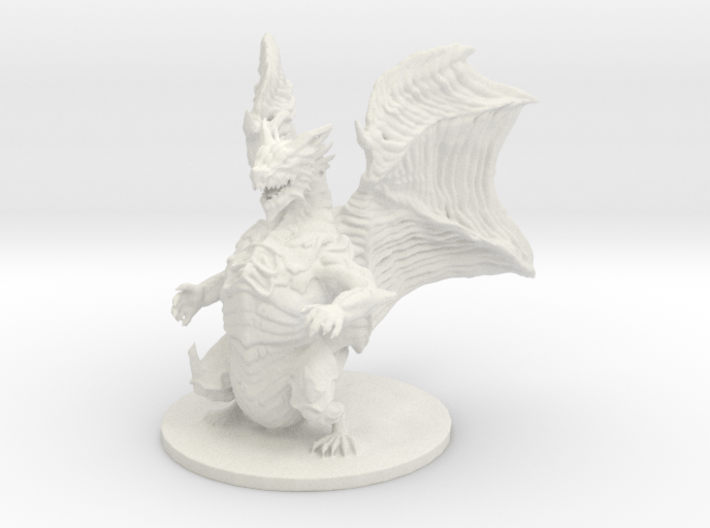 Tabletop & RPGs Awaken: The Blood of Salvora RPG offers a Kickstar…
💰 Copper Coins 💰 Geek Native is an affiliate and may earn commission on purchases you make from third-party sites.
🍪 Privacy & Cookies 🍪 The site uses cookies to survive. By accessing the site, you agree to use your browser to control cookie use or take 1d4-3 privacy damage (tracking). If you defeat cookies via ad blocking, please consider the Patreon. An intro to cookies, and how to control them, can be found here. I Manage Cookies