You are here: Home / TV / Stranger Things fashion range includes “demobats” not from Hawkins any more

Are you hyped for Stranger Things season 4? Or, like me, a little cautious… The latest trailer just dropped.

The D&D referencing Netflix smash is due to start this Friday. We’re expecting it to follow tradition, name the big bad after a monster, and this time that will be Vecna!

That’s interesting as we’re getting into D&D lore now, not just monsters. But what about Demobat? Had we heard that phrase before; it’s certainly on merch.

What also has my attention is the officially licensed fashion collection over at Zavvi. I can’t explain it. I don’t need any more clothes, but I’m still tempted. I’m even eying the branded light, and my own thoughts are that maybe I have the unrealised desire to pop it in the window and annoy neighbours!

I had to check that “Demobat” wasn’t a spoiler phrase. It’s certainly not a common one but has been used before. I see it here on Amazon with this Stranger Things Friends Don’t Lie season 4 t-shirt.

But, I don’t see it used much.

I don’t think it’s so much a spoiler as an internal to Stranger Things phrase that was not a secret and has not been picked up by fans yet.

Do you know better? Did “Demobat” get mentioned before? 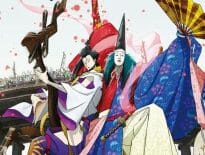 Anime Inu-Oh stitches together a preview with a trailer… 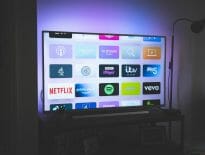