You are here: Home / Movies / Murderously good: A review of Prodigy 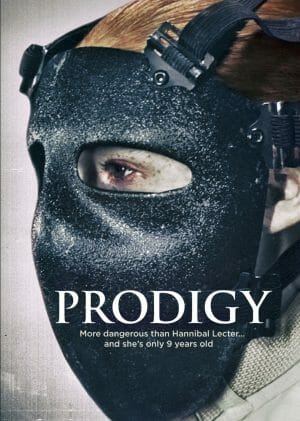 I’m reminded of one my all time favourite thrillers; Rope by Alfred Hitchcock. In Rope two friends have murder someone, hide his body in a chest, and then host a dinner with the victim’s family with the corpse just nearby. It’s a powerful film and the murderers are very sure of their intellectual superiority.

Prodigy, like Rope, spends a long time as a battle of wits over a table. In the case of Prodigy, though, the murderer is an intense little girl played expertly by Savannah Liles.

Wait. Stick with me. You might have the same “Urg, child actor” reaction that I sometimes have. Prodigy isn’t like that. Liles isn’t like that. Don’t believe me? This is what the producer, director, writer and actor Eli Roth (Hostel, Cabin Fever, Hemlock Grove) says;

Believe Roth. Prodigy has set a high bar for the best indie film of 2018. It’s worth grabbing from iTunes when it released later this month.

The whole cast is strong. A single weak link would have had the tension and gravitas of Prodigy come crashing down. Equally, a mistake from Alex Haughey or Brian Vidal, the co-authors and directors, might have derailed the whole thing.

The drama begins when Fonda, played expertly by Richard Neil (Veronica Mars, Horizon Zero Dawn: The Frozen Wilds), is summoned to a shady government base to help investigate their mystery. This challenge turns out to be Ellie, a fiercely bright and dangerous kid, and in a twist Fonda hasn’t read any of the notes provided on the case. As Fonda unearths the deadly secrets Ellie has – so does the audience. Neil is a superb counterpart for Liles. He plays Fonda with a mix of empathy and calculating professional calm.

Now, one of the reasons why I liked Prodigy is that it hints at a larger world – at a mythos. This is a supernatural thriller because Ellie isn’t an ordinary child killer. Equally, there are other characters in the short asides away from the chess match between Fonda and Ellie, like the tech Ryan (Aral Gribble), the human interest Olivia (Jolene Andersen), Keaton (David Linski) and especially the mysterious Werner (Harvey Johnson) who suggest that other agencies are interested in powerful child. You could argue that these characters do not add much to the plot and you could strip them away save for Emilio Palame’s grumpy, military man, Birch and still have the official voice of the government represented. I disagree. I’ve watched far too many episodes of X-Files for that. Whenever the government has their hands on anything supernatural and unknown you should expect to see men in suits lurking in the background. You should expect that there is already progress in applying weapon technology. These characters are the pieces in a much larger game of chess we can imagine going on behind the scenes.

Just like in Rope, these other characters are there to voice the thoughts that some of the audience might be having. But that’s all we get; hints at a mythos and the occasional alternative voice. Prodigy works hard to build up atmosphere and it does not spend energy on answering all your questions.

There’s a touch of old versus the new in Prodigy and perhaps the lesson is that new isn’t as hot as it thinks it is. Fonda deploys old school techniques on Ellie; chess and even Rorschach cards. He finds success. Good ol’ human contact works. In contrast, the previously gathered collection of experts had their hands on some frightening technology designed to counter Ellie’s abilities and they got nowhere. In fact, some of them had stopped seeing the child as a human and started seeing her as nothing more than a potential resource to unpack.

And perhaps that’s the secret to Prodigy. Put aside the supernatural. Put aside shady government mysteries. Focus on the people; on their relationships and motivations. Do that and you’ll be as insightful as Doctor Fonda.

I’m glad I made time for Prodigy.

Geek Native was provided with an early access Screener.

Murderously good: A review of Prodigy 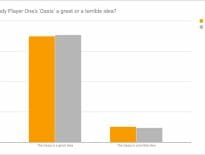 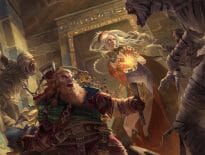