As a GM you might be populating a world full of magic, gods might battle in the skies and demons stalk the night. Despite all this magic, despite the strange elements and powers… the weather remains pretty much boring. In fact, it rarely rains and only when you remember!

This post contains a bucket of ideas for alternative and strange weather patterns and events for your game.

Magic, strange science or something else has influenced the rain. It looks normal but if you get caught in a shower and can’t dry off quickly enough you will start to lose hit points. This could be a serious problem or just one of those things that proper supplies can cope with.

Alternatively, why not have some showers have a positive effect on players, creatures and the surrounding area by actually raining down with a healing effect.

Imagine if a powerful cleric blessed the lake or a god strode through the clouds? The weather that would come after could well be considered holy or unholy.

This holy rain might offer soaked characters advantages or disadvantages to some dice rolls. It might persuade the undead to return to their graves or to crawl out from the muddy ground.

We’re used to lightening being bright white and attracted to metal. Imagine a fantasy storm with lightening of all sorts of colours. Red lightning could be attracted to wood, green lightning might strike at anything manufactured and so forth.

What would become of the old tree in the backyard that was struck by blue lightning? Crystals starting to grow over its branches and slowly transform it into something… else.

#4 Lights in the sky

On some dark evenings, strange coloured lights can sometimes be seen floating up and into the sky. The villages know this to be a bad omen as the undead are frequently more active afterwards.

Strange vapours swirl around and those inside their wet embrace might find their magic items not working as normal… or perhaps they find them immediately recharged.

Alternatively, anyone caught in the mists will struggle to hold onto their memories and not wander off in a trance until they finally emerge into the clear air and find themselves to be miles away from their friends. Other mists might just put whoever is caught in their embrace to sleep.

In real life, the sky turning green near the poles is a majestic sight… but in a fantasy world, it could be even more impressive. Rather than the result of electromagnetic waves deity auroras might flicker in all sorts of colours depending on which gods were doing what. While the deity auroras are visible some clerics and paladins might receive certain bonuses.

A visually striking weather pattern might be an area outside a wizard’s tower where the rain appeared to rise up from the ground and into the sky. Is this a clue to how to get into the tower or a warning that powerful magic rages unchecked?

The hail is green and unhealthy. It doesn’t just batter against armour but, if not brushed off, will start to tarnish and ruin metal. Canvas coverings will be eaten by the acid and any exposed skin will take a little damage.

Man-size blobs of water roll around, sometimes bouncing off the ground and sometimes trapping smaller items inside them. Occasionally lightning will arc between them, which might damage anyone curious enough to get too close, and which seems to keep the water fairly close together and moving. Eventually, the globes of water either dry up or simply pop with a splash and become harmless puddles.

A weather effect that many players might not notice until just after they panic… streams, rivers and lakes have areas inside them in which the water is breathable. It is a risk, though, as these currents are fickle and change direction without warning.

Now and then hot gusts of air blow down from the mountains and the occasional whisp of flame can be seen sparkling in the air. There’s a chance the dragon breath air will ignite candles, tinder, paper and other flammables.

These clouds aren’t made from harmless water vapour. These clouds are floating tangles of light, but very strong, webbing. Flying creatures or characters will have to make Dex (or similar) checks to avoid becoming caught.

In some of the passes through the spine mountains strange gusts of wind blow. Characters who fail willpower checks find themselves blown a few hours into the future. Anyone watching will simply see them blink out of existence only for them to reappear hours later. Those caught in the winds might not even notice they’ve been effected unless someone is around to tell them.

These mists hunger for energy. Simply walking through the mists might cause torches or lanterns to go out as the mists consume the fire but characters who stay in the mists for too long might find their own life energy being leeched away.

Giant feathers flutter down to the ground across the whole kingdom as the mighty birds fly and hunt overhead.

Miles from any river or coastline a whole area is hit by a sudden flash flood. The Underdark sea in the area has erupted through the ground and is now powerfully gushing on a new course.

Something happens in a nearby dimension and magic here changes. No new spells can be cast but those duration based spells already in effect remain so… longer than previously possible. Just as suddenly as the magical freeze strikes the realm it can pass; hours, days or weeks later.

A sudden drought and failed crops. The visions shared by seers and wise women across the valley are clear; the horrid blood sacrifices made by the mad druid and her tribe of cannibal inbred children really did keep the soil fertile. The problem? A certain band of adventurers slew her in the winter.

The storm blows in from the dangerous ocean, sweeping over the reefs on which so many ships met their untimely end and the coastal villages it swallows all fall silent. As the storm rages on, growing in size, heading towards the capital the ghostly armada inside becomes visible. The cult of the Coldwater Lich Queen rise up; they believe their time has come.

Last winter the snows melted to reveal small glass spheres scattered here and there on the ground. In the following months, these small baubles have been found to have a magical aura and seem to help preserve food. Across the kingdom, towns have taken to putting barrels of them in with the food in the stores.

This winter the orbs are starting to crack open…

The desert is dangerous and bleak but nothing compares to the deadly storms composed of millions of tiny crystal blades that sometimes chase across the dunes.

The fungal bloom that has risen into the sky is so dense and large that it is blocking out the daylight.

As the elemental lords battle and clash with one another in a nearby dimension or on the other side of the map it causes it to rain small salamanders. Sometimes these creatures explode with impact and sometimes they limp away only to explode some time later.

The comet passing overhead does not just leave a thick and pronounced tail in the sky but causes it to start raining ‘ash snowflakes’. These ash flakes are still hot and sometimes ignite fires when they land.

A swirling dark tornado that blots of light and cancels healing magic in the area. The blightstorm lingers in areas of tragedy and sadness, only likely to dissipate or move on when the mood of the region changes.

Share your suggestions for more interesting and alternative weather effects for fantasy RPGs in the comments below.

Thank you for posting this, it’s really cool!

Thank you for stopping by! It’s appreciated. 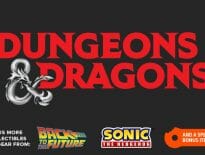 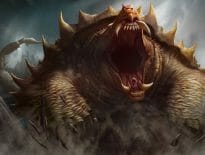