You are here: Home / Games / Tabletop & RPGs / Find out all about Starfinder, quickly

One of the big successes of Gen Con 50 was Paizo’s Starfinder RPG. It sold out every day, often in hours.

The game is set in the Pathfinder universe and space. It’s not a sci-fi but a Science Fantasy. Is it a reskin of Pathfinder? Nope. There’s more to it.

RPG YouTube channel Taking20 put together a quick start, how to play, video on Starfinder which Paizo also then shared. Let’s take that as a hint the video is worth checking out.

Do you have Starfinder already? Let us know what you make of the new RPG in the comments below. Is it as good as many people suggest it or have you spotted some problems?

Find out all about Starfinder, quickly 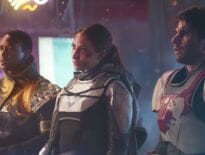 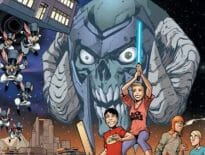