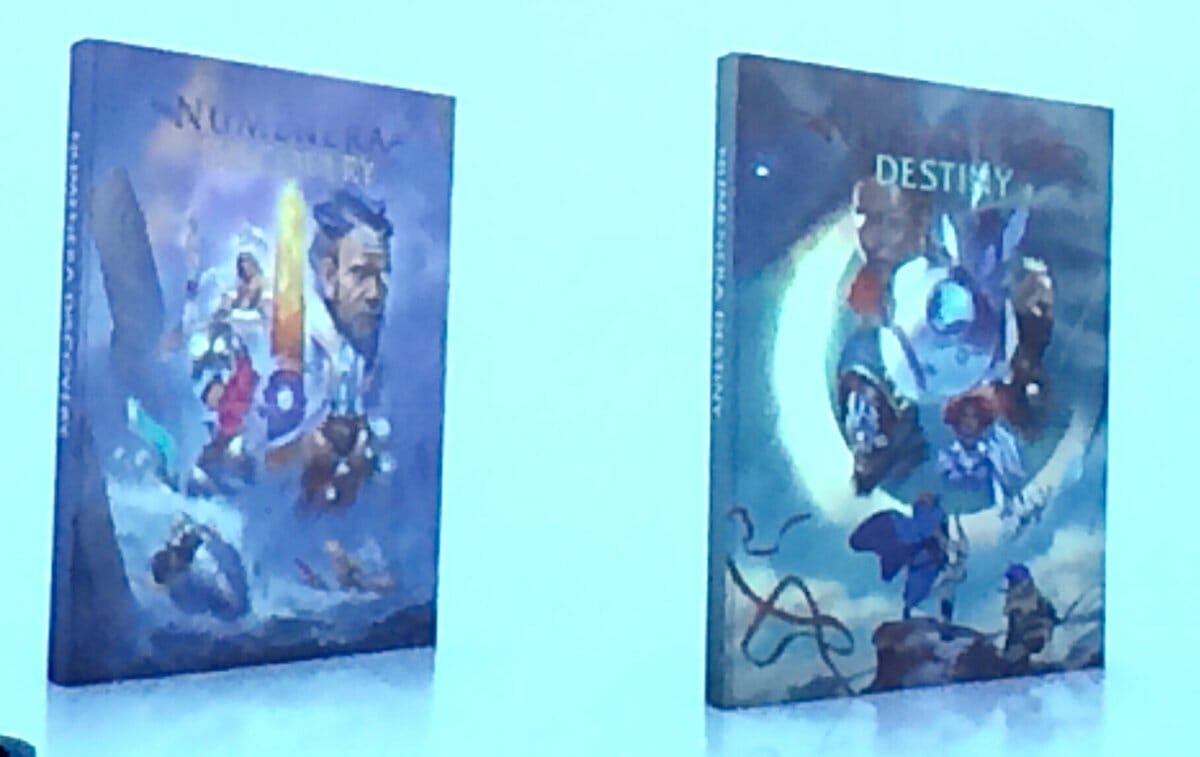 At Gen Con 50 Monte Cook Games announced Numenera 2. According to a tweet from Total Party Thrill’s Shane there are two books.

The first is Numenera 2 Discovery which is designed to replace the original Numenera core book but not the whole line. Monte Cook’s latest Numenera release was just a few days ago with Jae Colossus: Ruins of the Prior Worlds.

The second book is Destiny. This is an entirely new edition which has rule for building bases and will work with the original book.

All of this is dependent on a successfully Kickstarter due to launch next month. The two together are known as Numenera Discovery & Destiny.

Monte Cook Games haven’t yet released product images but ENWorld has a photograph from Jon Mejkal.