You are here: Home / Games / PC / A first look at at Queen Amanitore the Nubian leader in Civilization VI

The official Civilization blog has revealed details about the leader of the Nubian faction. She is a Kandake (queen) called Amanitore.

In real life she was one of the great builders in the region between the Nile and Atabara. In fact, in the game Nubia gets unique looking pyramids.

This warrior queen also gets unique troops called Pitati. These are better than average archers and replace the basic archer for Nubia in the game. I think this will make Amanitore a popular choice. Archers are often so important in the early stage of the game.

I’m a little confused by how Amanitore is depicted though. She doesn’t look too warrior to me. She’s more like a friendly priestess. Perhaps the game seeks to build on her reputation as a great builder rather than leader of military forces, though. 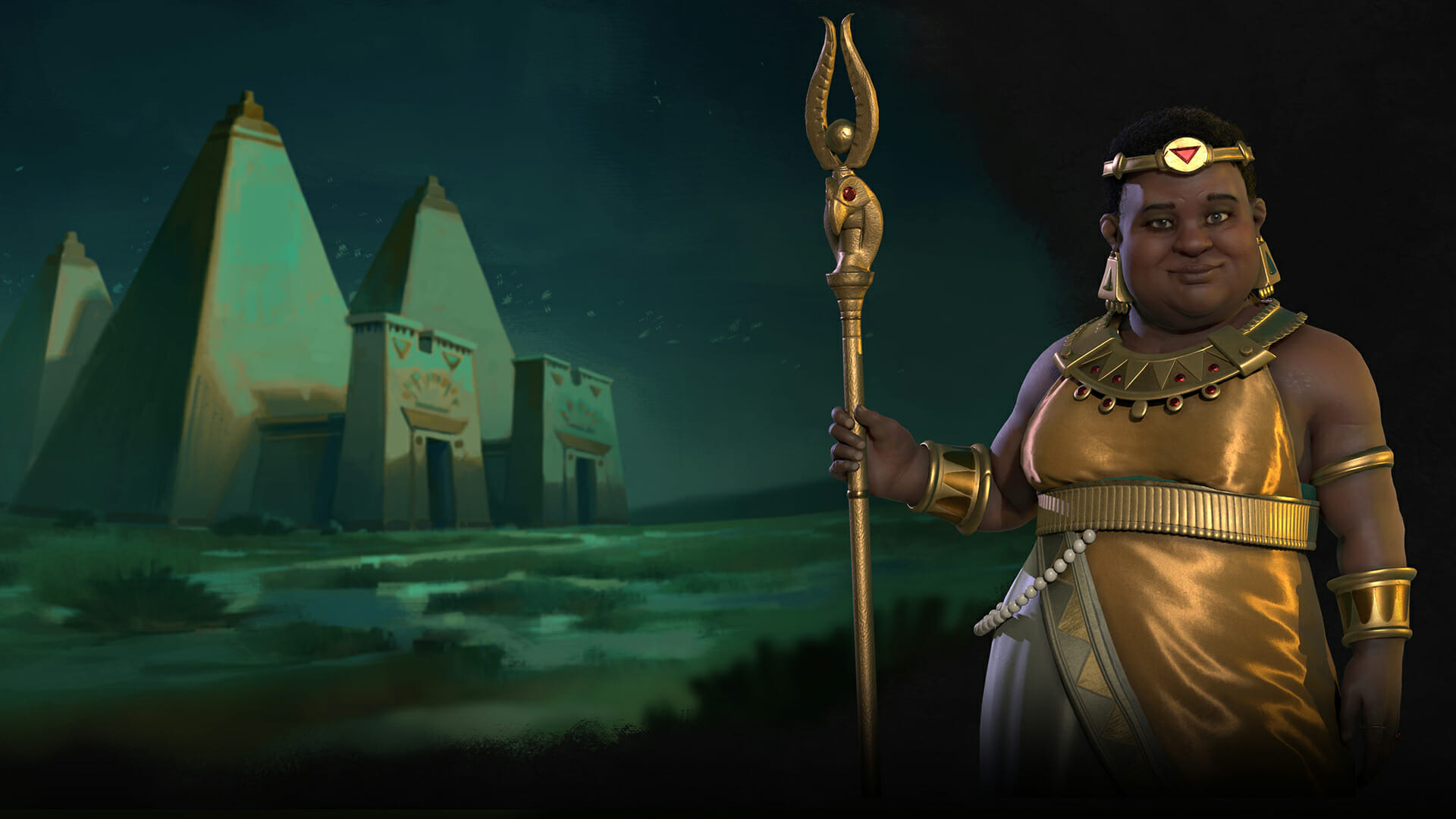 Geek Stuff Doomfist cosplay!
💰 Copper Coins 💰 Geek Native is an affiliate and may earn commission on purchases you make from third-party sites.
🍪 Privacy & Cookies 🍪 The site uses cookies to survive. By accessing the site, you agree to use your browser to control cookie use or take 1d4-3 privacy damage (tracking). If you defeat cookies via ad blocking, please consider the Patreon. An intro to cookies, and how to control them, can be found here. I Manage Cookies