VPN company SurfShark has been poking at stats from Google and YouTube, as much as Alphabet’s two search engines make visible, to work out which computer games people look for cheats.

Why does a VPN care? Two reasons. Firstly, it’s marketing and here’s Geek Native writing about the research. Secondly, people hitting the web for cheats and cheat codes can sometimes get scammed or run malware.

Tightly linked to the concept of the paratext is gaming capital. As a form of currency gaming capital is highly flexible, able to adapt to different types of gameplay, various games, and changing notions of what’s important to know about games. Players can accumulate various forms of gaming capital not only from playing games but also from the paratextual industries that support them. And depending on a player’s social circle that capital can be quite valuable in building a reputation.

So, sometimes people search YouTube for walkthroughs to progress with the game. Other times it’s about bragging rights and hoping to cash those in.

As SurfShark’s research shows, Minecraft is the game responsible for people looking for the most ways to cheat. I’ve played a few times, and I imagine it would be frustrating if Creepers kept on stopping a building project you wanted to finish.

However, Among Us is the second on the list. That’s more disruptive, isn’t it? That’s someone else’s gameplay you might be undercutting if you’re deploying an actual cheat. On the other hand, there’s no problem watching videos about the murderous game to learn some tricks.

The definition of RPG is always hard to pin down for computer games, but SurfShark has included Pokemon. Pokemon, specifically Sword and Shield, comes top, but games like Disco Elysium and Mass Effect 3 are listed.

Perhaps it was people looking for alternative ways to end Mass Effect 3? Remember that drama? I missed the tension around Sword and Shield, though, and SurfShark points out that the twin games sold a combined 24 million, but there was some concern around its arbitrary skill levels and inconsistencies from NPCs.

You can find the full report at SurfShark’s hacking wins 2022 report. 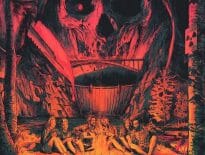 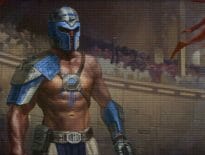