You are here: Home / Games / Drizzt and Spawn together for EA computer RPG

Drizzt creator R.A. Salvatore and Spawn creator Todd McFarlane are co-founders of the independant 38 Studios. 38 Studios specialises, as you might expect, in computer RPG games.

Games giant EA have announced a partnership with 38 Studios for a game currently known as Project Mercury. Not much is known about Project Mercury, it’s very unlikely that either Spawn or Drizzt will feature, but it is believed to be a single player RPG.

Project Mercury will be a tri-platform release; PC, PlayStation 3 and the Xbox 360. It is believed to be a new landscape/world and that both R.A. Salvatore and McFarlane have contributed to it.

This is a common sense move for both EA and Studio 38. Studio 38 get to ramp up even closer to the big time. EA get to reach towards the increasingly popular RPG genre. We have the success of Dragon Age: Origins as well as RPG-like games such as Mass Effect to thank for EA’s interest.

Drizzt and Spawn together for EA computer RPG 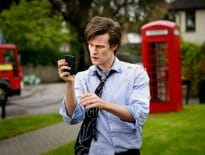 TV Doctor Who and The Eleventh Hour promo pictures 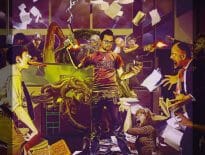 Tabletop & RPGs The Laundry Files RPG announced – the secret…
wpDiscuzComment Author Info
Manage Cookie Consent
This site uses cookies 🍪, and links are ads that may earn bloggers some money 💰, and with this alert, I very much hope that these dark truths 🧌 are acknowledged.
Manage options Manage services Manage vendors Read more about these purposes
Preferences
{title} {title} {title}