There are audio games like Pazio’s impressive Starfinder for Alexa that features Nathan Fillion and Critical Role’s Laura Bailey or Audible’s version of Endless Quest.

With the Alexa games, you speak to your computer assistant. You don’t need to point or click. It feels different. It feels more like an RPG than a computer game, at times.

What would happen if you added images? What happens if you used a Google Assistant such as an iOS10 device running the app or, say, a smart display to have that voice interaction and images as well. Would it be an interactive comic or an RPG?

Well, visit Google Assistant for this game and you can decide for yourself.

Just AI, a company with offices in Russia, London and China, a specialist in artificial intelligence and no stranger to voice recognition has just released Lovecraft World.

This Call of Cthulhu inspired game-comic is set in the 20s, and you play it by talking to Google. In return, Google Assistant shows you what happens.

It’s as you would expect. You watch the motion comic scenes – of which there are over 60 – unfold, listen to your options and speak your decision.

Forget about the right/wrong thing, you’re in the Lovecraftian horror world – too many bad choices, too many bad outcomes. And when your character dies, you’ll have to start the game from the latest checkpoint

Just AI has developed for Alice (Yandex’s smart assistant) and DuerOS (Baidu’s) as well as Alexa and Google before. They’re not a games company. They are a conversational AI voice company.

You know how Picard talks to the Enterprise’s computer in Star Trek? Yeah, that’s the technology that Just AI is working on. I imagine Lovecraft World is just a demonstration of what their technology can do.

That said, the company does have a dedicated game studio that’s staffed with writers, designers and creatives. The team is drawn in the most part from mobile games.

Just AI does have an eye on how to make money from these games. The company does not say whether or not the system learns from your communication with it. Google’s privacy policies will apply.

For the technically minded, Lovecraft World was built through a combination of the open-source Kotlin-based framework JAICF and Google Interactive Canvas framework. 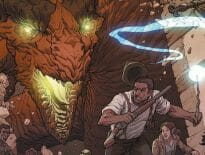 Tabletop & RPGs Perfectly balanced noir under the wing of the drag… 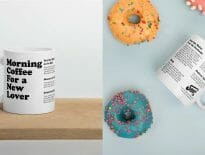