British based Cubicle 7 Entertainment has announced an RPG based on author Charles Stross’ The Laundry Files series. The Laundry Files started with The Atrocity Archives, continued with the The Jennifer Morgue and The Fuller Memorandum is expected out this year.

In the series the Laundry, a branch of the British secret service, battle to stop alien gods from wiping out life on Earth. In The Laundry RPG players will take on the roles of Laundry agents trusted to prevent ultimate evil taking control.

“I’m really excited to be working with Cubicle 7 to bring the sinister world of the Laundry to a wider audience,”

The Laundry RPG will be a self-contained rulebook and is due out in July 2010. It has been penned by Gareth Hanrahan (RunQuest Hawkmoon, Traveller and Conan: The Roleplaying Game), Jason Durall (Basic Roleplaying, Big Damn Heroes Handbook (Serenity Role Playing Game) and Slaves of Fate) and John Snead (Threats of the Galaxy (Star Wars Roleplaying Game), Eclipse Phase and Changling Lords of Summer).

The RPG will use the Basic RPG system – as used by Call of Cthulhu.

Cubicle 7 are best known for their SLA Industries, Victoriana, their Doctor Who license and Doctor Who: Adventures in Time and Space RPG.

“We love the Laundry Files novels, so we’re really excited about this game.

“The world of the Laundry is a perfect mix of espionage, conspiracy and tentacled menace from beyond the stars.”

“The books are Lovecraftian spy thrillers. The best elements from both genres are thrown together with a sprinkling of long lost Nazis, terrorist cultists, other foreign governments wanting a piece of the action, as well as Her Majesty’s Civil Service.” 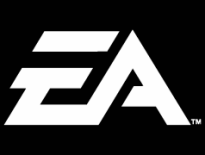 Games Drizzt and Spawn together for EA computer RPG 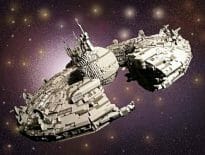