That’s right – an episode, nearly, of Futurama – entirely as a fan made live action. This is some impressive stuff. Made by Cinema Relics the film makes use of sound-a-likes and some clever tricks to bring favourite characters to life. The plot is entirely what you’d expect with the crew sent off on some stupid mission to deliver something dangerous.

Vic Mignogna, who plays Zapp Brannigan in Fan-o-rama is best known as a voice actor on the English dubs of anime. He’s also a huge Star Trek fan and has played Captain Kirk in Star Trek Continues. 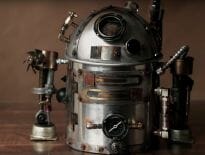 Cool Tech Turn your dull teapot into a steampunk R2-D2 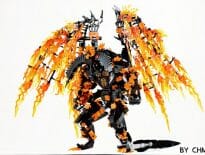