You are here: Home / Books / Hyped or hyperspace? Review of Rendezvous with Rama

There’s no hyperspace in Rendezvous with Rama, but there is a mystery about how the strange craft travels.

I listened to the Audible 2013 version of this iconic story, narrated by the trusty Toby Longworth.

Approaching any classic like this, I have one main concern: whether the story will be as good as I’ve been led to believe or a bit disappointing.

Rendezvous with Rama is good, and it’s the story that’s clearly inspired so many other greats.

Rendezvous with Rama is a science fiction novel by Arthur C. Clarke, first published in 1972. Set in the early 2130s, the book tells the story of a 50-kilometre-long cylindrical alien starship that enters the Solar System.

An international team of explorers is sent to investigate the ship, and the story follows the crew’s exploration of the ship’s interior and their interactions with its enigmatic inhabitants. Along the way, the team discovers an array of advanced technology, which they use to unravel the ship’s mysteries and make contact with its inhabitants.

In the end, whether the crew’s mission is as successful as they had hoped is a debate, but they certainly develop a newfound appreciation for the wonders of the universe.

Rama made me wonder too.

While there’s no doubt that Rendezvous with Rama is a sci-fi, the date in which the adventure happens is still further from today’s date than when Clark wrote it; it’s also a book about history.

The experiences of explorers from yesteryear are never far away, and the story brings that sense of wonder to the great beyond. We’re looking backwards to ask ourselves, “what might we see in the future?”.

While the book is heavy with alien enigma, it’s also very much about people and personalities. We can relate, and we recognise plenty of things even among the riddle from deep space.

Toby Longworth, who I know from Dan Abnett’s Eisenhorn series and Peter F. Hamilton’s Void Trilogy, does an excellent job.

The Longworth voice has both gravitas and empathy, making him perfect for a captain, and that’s a pivotal role in Rama.

It’s fall of a log easy to recommend Rendezvous with Rama. There’s no hard math, impossible physics or alien wonder in a decision to pop this classic on anyone’s reading (or listening) list.

Do it, even if trying something new can feel scary. The unknown often is, but if you don’t take the risk, you might leave something amazing undiscovered.

Hyped or hyperspace? Review of Rendezvous with Rama 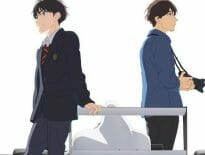 Anime Overtake! An anime with the need for speed 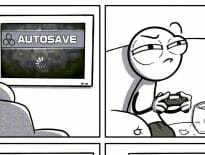 Comics Do I look like a joke to you? WTF Comics
wpDiscuzComment Author Info
Manage Cookie Consent
This site uses cookies 🍪, and links are ads that may earn bloggers some money 💰, and with this alert, I very much hope that these dark truths 🧌 are acknowledged.
Manage options Manage services Manage vendors Read more about these purposes
Preferences
{title} {title} {title}
Loading Comments...