You won’t find the card game Humanity Hates Trump on Kickstarter because a cease and desist letter from Cards Against Humanity was enough for the platform to pull the plug.

You think the overlapping mechanics would be the issue but that’s not really the case here. Cards Against Humanity isn’t the original in that respect, the gameplay was first seen in Apples to Apples.

Is it the copying? There are easily a dozen similar games – many of which use the same black and white cards. However, Humanity Hates Trump is the only one that uses the word “Humanity”.

You can see why Cards Against Humanity’s lawyers felt the had to move and why Kickstarter responded. Now Humanity Hates Trump is hitting back. They’ve lodged a complaint in the Connecticut Federal court, which you can read here, that claims Cards Against Humanity had no basis for making an intellectual property complaint, no trademark of relevance and essentially bullied the game out of a successful Kickstarter.

At this point the website HumanityHatesTrump.com is touting the game Humanity Hates Trump and Humanity Hates Hillary Too. You can buy a pack from Amazon where the product has 4 stars on average on reviews. They’re still in business.

In the meantime both companies face the hassle of legal issues. I hope it’s sorted soon. 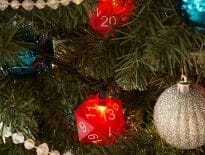 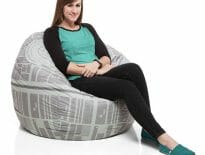 Geek Stuff The fully operational strength of your Star Wars f…
wpDiscuzComment Author Info
Manage Cookie Consent
This site uses cookies 🍪, and links are ads that may earn bloggers some money 💰, and with this alert, I very much hope that these dark truths 🧌 are acknowledged.
Manage options Manage services Manage vendors Read more about these purposes
Preferences
{title} {title} {title}
Loading Comments...