You are here: Home / Geek Stuff / Trying not to be a zombie: A review of The Geek Molecule

The Geek Molecule isn’t the name of a game. We’re talking about a lifestyle supplement from Fountain that contains zinc gluconate and gotu kola. You can read the label here and check out its Cosmopolitan Beauty Award.

Yeah, I know. Health and Beauty supplements aren’t the usual sweet spot for Geek Native articles but the offer to try a bottle came at a tempting time. I was trying to tackle a common geek problem – mornings.

To be clear; I’ve the habit of staying up too late online, playing games or binge watching Crunchyroll and Netflix. The result means mornings are a groggy mess, I get up at the last possible minute and get breakfast on the way to work. This isn’t healthy although the local café where I’d pick up my bacon roll doesn’t seem to mind. 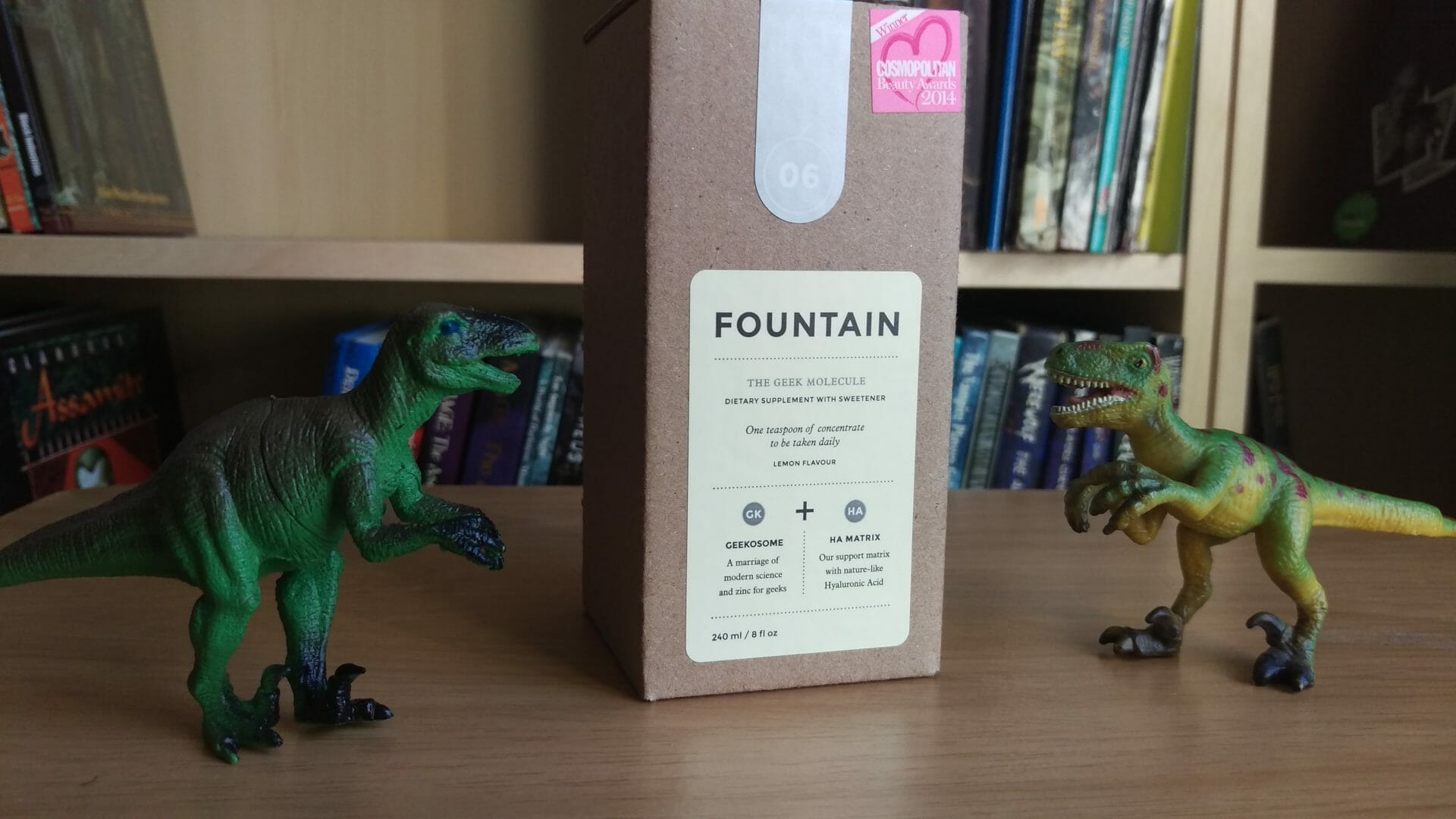 My goal in giving The Geek Molecule a try was to use it, in part, to establish a better, more healthy, morning routine.

In that respect The Geek Molecule has been successful although I’m only a few weeks into the project and know I may lapse.

Before I did anything with the supplement I wanted to know what was in it and what those products were supposed to do. There’s plenty of water, lemon favour, xylitol, potassium sorbate and the usual blend of acids used in supplements like this. Zinc gluconate has been commonly used in cold medicine although it isn’t supposed to be as good as zinc acetate. There’s also the risk that snorting zinc can cause anosmia and that’s not something I tried to do with this liquid. Gotu kola is most commonly used in Sri Lankan cooking, often in curries but in all sorts of other ways including drinks. Gotu kola’s proper name is centella asiatica and is a small plant native to wetlands in Asia.

I decided just to do a teaspoonful of the drink every morning. It’s a bit sweet but didn’t leave me with a weird taste in my mouth that upset breakfast afterwards.

I said that the Geek Molecule has helped me improve my routine. I’m not going to claim it helped me think more clearly, made me starter or anything like that – in part because I don’t have a clone of myself to run a controlled experiment against. However, and while this purely circumstantial it’s kinda fun to point out, when this household was struck with the common cold this month I was the least affected. 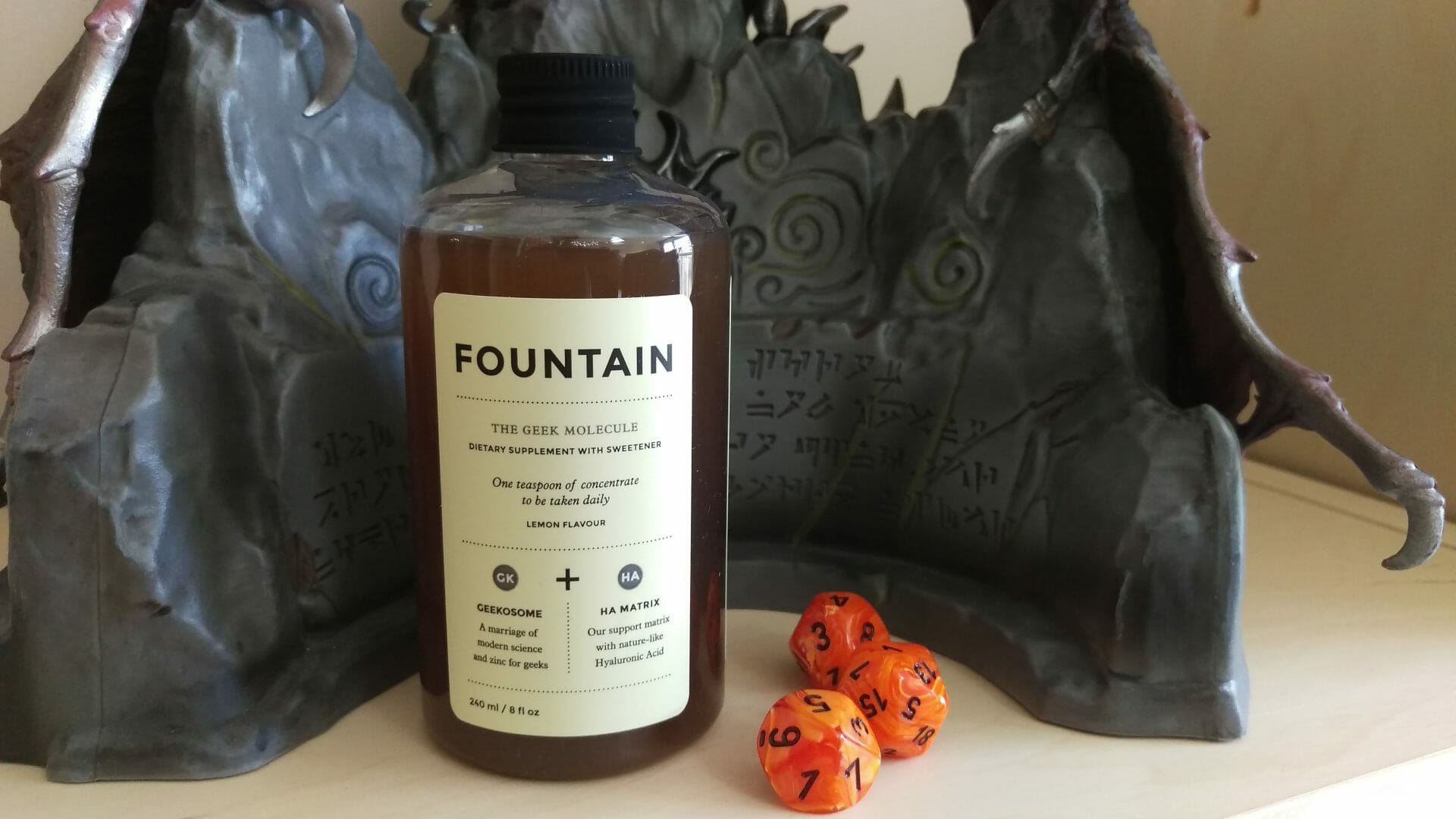 The Geek Molecule protected by some Skyrim runes.

Overall? I’m thankful for the part the Geek Molecule plays in encouraging me to have better, more sensible, mornings. I think there’s just about enough science in the bottle to be interesting and that’s all on the zinc gluconate.

My bottle of The Geek Molecule was provided for review by DECEIM.

Trying not to be a zombie: A review of The Geek Molecule 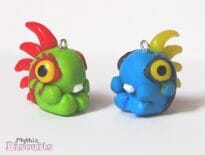 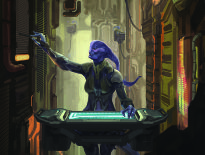