This issue of Irregular Reconnaissance looks at a half-dozen anime titles. It’s a collection of mini-reviews; a quick update from this reviewer as to whether a series is still holding my attention or is about to be dropped in favour of something else.

You might disagree with the assessments? Share your own thoughts on these titles, or others that have caught your attention, in the comments below. 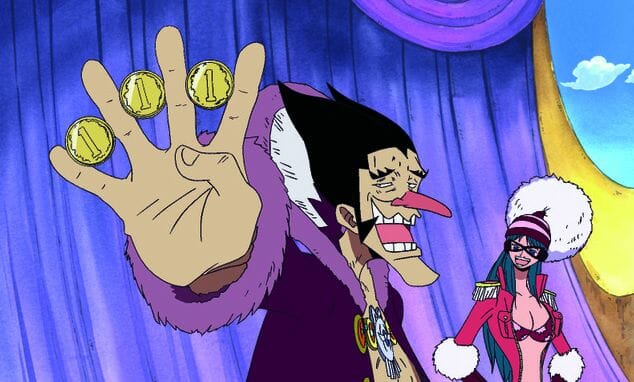 This is a darker bundle of arcs than the ones before but still very much One Piece. In this batch we deal with the Ocean’s Dream, Foxy’s Return and get into Water 7. One Piece doesn’t hang around.

I’m still not able to sit down and watch this in awe. It still feels as if I’m playing catch up. I am, of course, playing catch up and I’ve the more recent movies as my comparison. It’s interesting comparing the progress of One Piece to Naruto. The latter changes while One Piece remains quite constant. 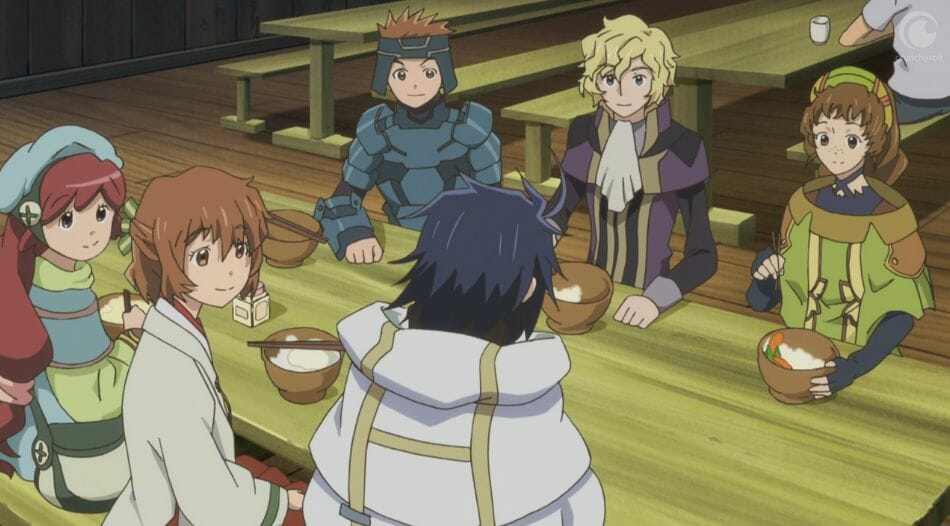 It’s a bit surprising that we’re nearly at the end of season 2 and we’re only now meeting some of the original members of The Debauchery Tea Party. Their leader, Kanami, is travelling through the Chinese server and apparently on her way towards Yamato.

We’re still character building in Log Horizon despite all the drama because characters are growing up and maturing. The younger PCs are now ready to quest on their own which opens up interesting discoveries – like someone who looks a lot like Shiroe.

The main action in this batch of episodes is a significant wyvern attack on the town of Saphir and the involvement of the Odyssey Knights. Once again, Log Horizon keeps the idea of being trapped in a MMO fresh and interesting. 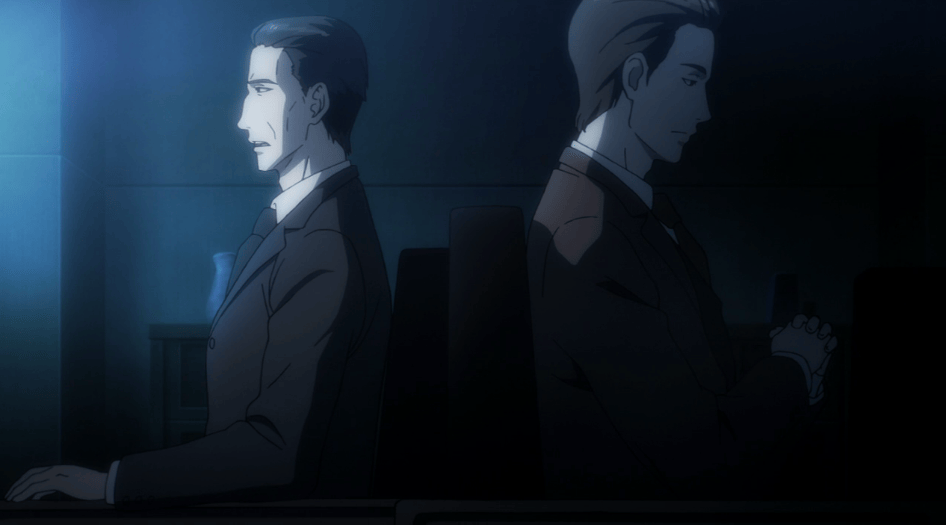 At this point I don’t think anyone can be expecting a happy ending. What we can hope for is some amazing storytelling as the anime builds up steam for the final few episodes.

The parasytes are evolving, making complex plans and forming groups. They’re taking action against rival groups or individuals too. In a way this makes the aliens easier to relate too, as they act more human, but it also makes them feel so much more dangerous and threatening.

The police are heavily involved now, suspect Shinichi and are taking robust action. Can humanity really draw a line in the ground and stand against the invaders. I found myself unsure who to back as the conflict unfolded. This isn’t a simple matter of one side versus on other. There seems to be not-so-bad aliens while there are also some pretty horrible people out there. 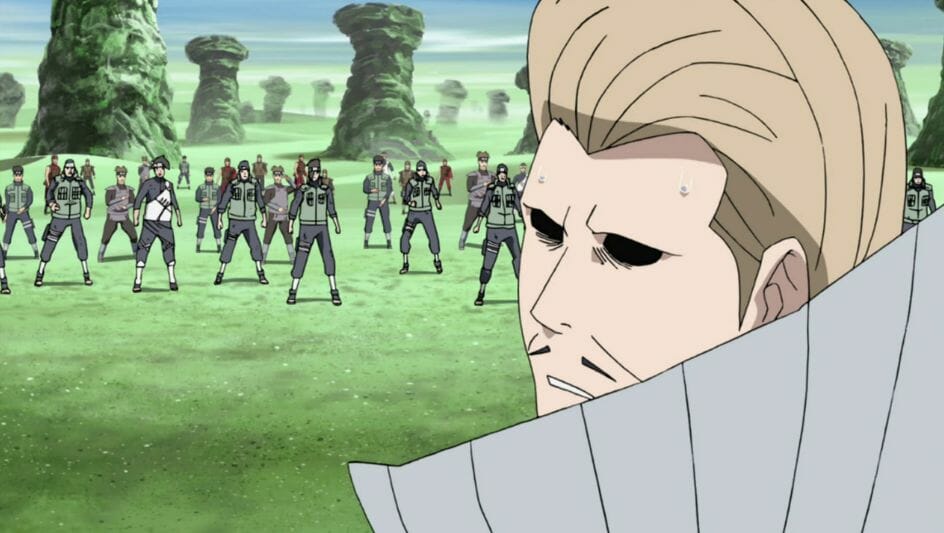 The Seven Ninja Swordsmen of the Mist were once mentioned as scary characters from the past but thanks to strange ninja magic there’s now a whole story arc to themselves. There is story arc in here, not just combat, as there’s flashbacks to see how characters have developed.

To be honest, I need only a little flashbacks to the past to get the picture. Sometimes we’ll devote a whole episode and I’m not sure that’s needed. There’s even a whole arc called “Power”, some five episodes, that follows the Ninja Swordsmen given over to painting a fuller picture. I’m still enjoying the show; I just wish they’d get on with the war! 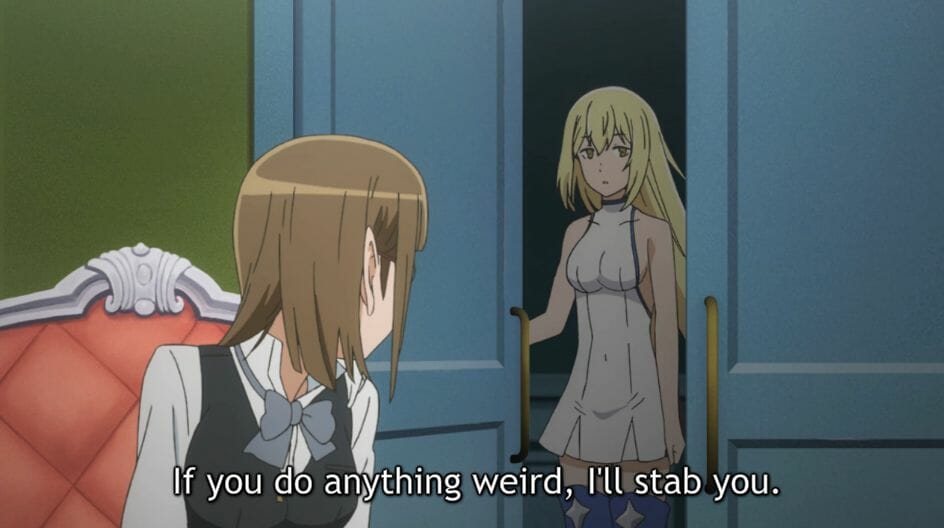 What we have instead are acts of bravery, interesting plot twists, development and lots of dungeoneering. I really thought I’d watch one or two episodes of “Is It Wrong to Try to Pick Up Girls in a Dungeon?” and then write the whole thing off as being intended for 16-year-old boys.

It just goes to show you shouldn’t judge an anime by the title.

The Testament of Sister New Devil 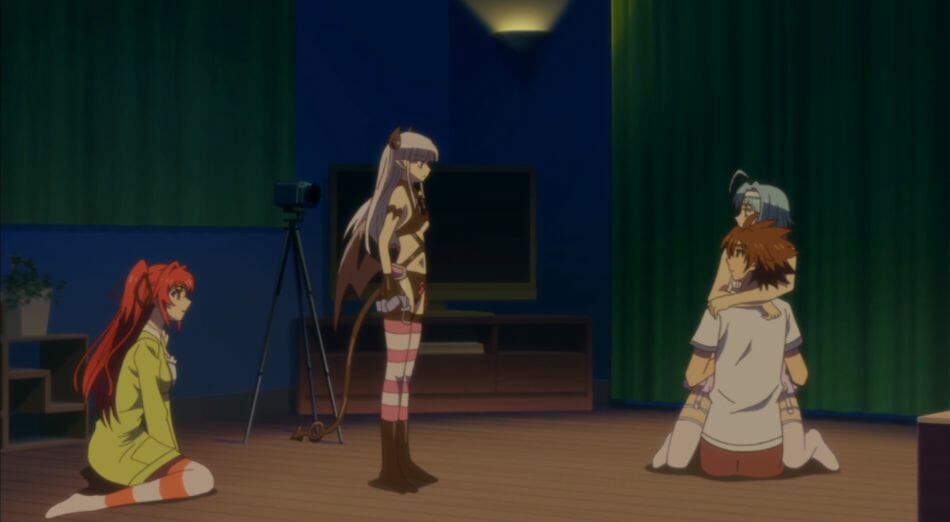 The demon factions are at war and so our hero has to do battle in order to protect his harem. The Testament of Sister New Devil is pretty shameless. The girls pile their affections on and shed their clothes to compete. In between we’re shown super-powered clashes as heroes take on the demons.

The succubus curse kicks in whenever the plot dares to get too far away from eye-candy and action but somehow the plot manages to make progress. There’s always just one more thing that’s worth watching up to and find out how its resolved. It’s sneaky.

Okay, I’ll admit it. Despite being crazy silly; I can see why this is a popular anime with more 5/5 star option getting the most votes on the Crunchyroll rating system. 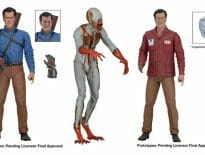 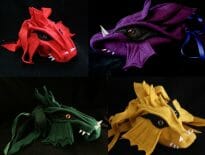