Olympus Inc is an urban campaign setting for Savage Lands and it’ll be available if Fabled Environments are able to hit their $8,500 goal on Kickstarter. There’s more than two weeks left on the clock, at the time of writing, and they’re more than halfway there. For the latest stats check the campaign page.

This is a world where the descendants of Greek gods battle against the Titans. This happens around us, hidden in the shadows, while the corporations and consumer power of today replace the temples and followers of times gone by.

A PDF copy of Olympus Inc is available for anyone stepping in at the $15 mark. That’ll also bring some coloured art for personal use. Fabled Environments, as the name suggested, is normally associated with backgrounds and tabletop accessories which explains why the tiers after this start to come with all sorts of digital goodies to print out. At the $25 mark you get the setting in PDF form, over 100 flat figures from Arion Games, 6 music tracks from Ambient Entertainment, cyberpunk locations and a PDF cast of cards deck.

Stepping up to $30 means you get access to a Print on Demand copy of the game and have the shipping costs to pay. It’s not a bad way of doing things but I imagine a few gamers might not yet have tried the PoD approach and may be cautious.

You’ll need Savage Worlds to play Olympus Inc which raises the question; “What’s in the book?” The answer is a full history of the setting, character creation based on 6 god bloodlines; Zeus, Hermes, Ares, Aphrodite, Apollo and Dionysus, powers, demihuman options in the form of Satyr and Minospawn, lots of new edges, hindrances and weapons.

Stretch goals, if the campaign gets that far, begin to unlock new adventures. We’re told the book is 90% written and the Kickstarter is for the artwork and product design.

Preview document for the setting is up. 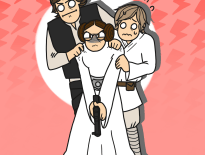 Art Star Wars: She Protect Them 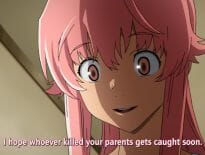