You are here: Home / Games / Tabletop & RPGs / The Consortium and the Secret War

Shades of Vengeance have returned to Kickstarter, after requests from fans, to crowdfund the expansion to their sci-fi Era: The Consortium RPG. I missed the original Kickstarter but note this new Kickstarter offers up cheap ways to secure the core rulebook. There are more details on the campaign page.

If you need the core rules as well as The Secret Way Expansion then the £15 “Digital Era” pledge level will get them for you. You only need to step up to £23 and you’ll get physical versions of both (and digital) as well as a bonus 3-session campaign.

The art in the current campaign for this sci-fi RPG reminds me of Mass Effect. That’s no bad thing. I think it’s the combination of armour and aliens. I don’t think the similarities go much beyond that, though, the Consortium backstory is very different, and effectively picks up when the last of humankind starts off on a new planet and with very little memory of old Earth. 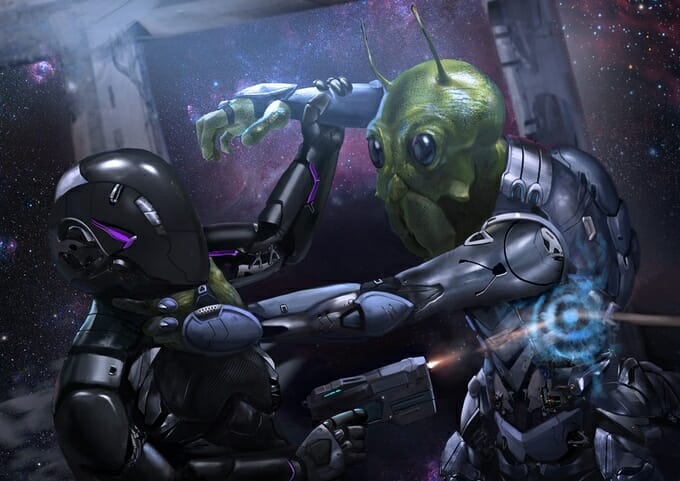 This Kickstarter should fund. At the time of writing there’s still two weeks on the clock and the project has raised more than twice the humble £500 it asked for. That’s right, Shades of Vengeance asked only for a few hundred pounds in order to push ahead with the book.

There’s a free playtest packet and Era: The Consortium Rulebook primer available for free download via Dropbox at the minute. Well worth checking out if you’re tempted by the game. 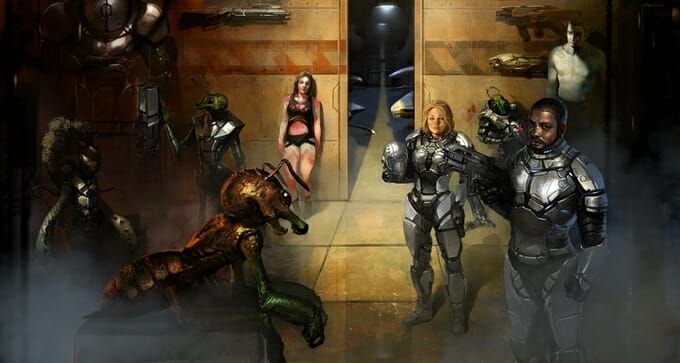 The Consortium and the Secret War 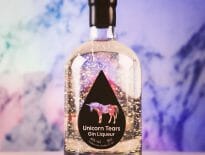 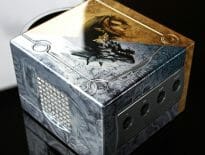