Evil Hat Productions has done well with Fate Core. A new Kickstarter shouldn’t be that surprising but there are some twists here. Fate More isn’t an expansion to Fate Core; it’s some new Fate Core books that need a Kickstarter to become physical rather than just digital. Additionally, this is a two part Kickstarter. That’s an interesting phrase.

Fate More: From Bits to Books launched and funded by the time Evil Hat got emails of its release out to subscribers. The campaign asks for $10,000, and I write this there are 29 days on the clock, $12,800 in the bank and backers coming in every few minutes. You can check out the details at the campaign page.

The first of the two settings in From Bits to Books is Do: Fate of the Flying Temple which is a family friendly RPG described as “windpunk”. It’s from designer Daniel Solis who we know from the Prismatic Art Collection.

Stretch goals are to be announced.

A $10 backing gets you all the digital rewards for this part of the campaign. That’s a PDF for each book that gets made. $20 gets you one MSRP book, digital rewards and you’ll have shipping to pay. If you want more books then add more pledge money but in the States the shipping stays at a flat rate. Shop keeper? There’s a $60 retailer only pledge level for you.

Evil Hat must be very aware that they’re Kickstarting projects that have already been Kickstarted and some of which are in their Patreon. The response? Those kickstarters were for development and this kickstarter is for manufacturing. Fred Hicks, wisely, has shared a blog post with a lot more detail. 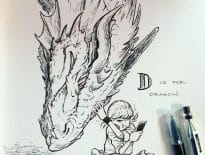 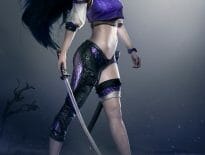