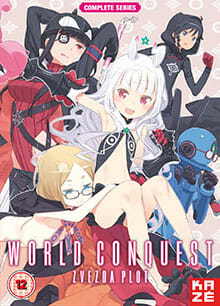 The start of this anime reveals that a single teenager, leader of the Zvezda, manages to conquer the modern world. That doesn’t really set the scene at all, it just means that despite what happens next; they did it.

After that brief intro we’re then introduced to a bunch of unlikely misfits that seem to struggle to make their own lunch while also being able to tap into the powers granted to them by the ruins of an ancient civilization hidden under their ramshackle headquarters.

World Conquest Zvezda Plot is a very strange anime. It’s a comedy. It’s one of those comedies that might only come out of Japan.

Our hero is a young school boy who’s run away from home. Except “hero” is the wrong word as he essentially gets recruited into this strange cult and goes up against the authorities; in any other series he would be a villain.

The cult leader is stranger too – a young girl, with a stuffy toy that looks very spooky – who is hell-bent on world conquest and uses this passion to recruit her bunch of unlikely anti-heroes. The skimpy superhero costume she changes into when tapping into ancient, food based, powers would certainly not have been designed by mainstream American artists! 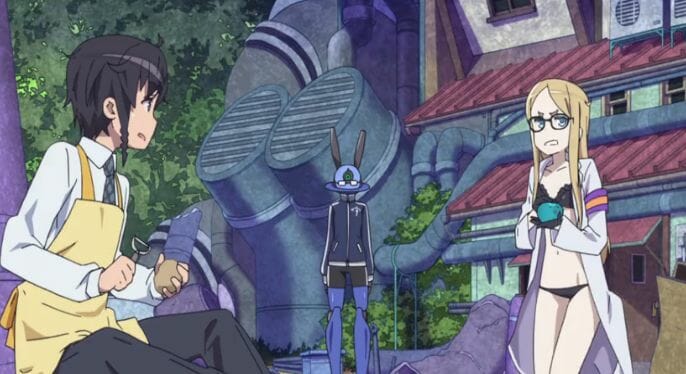 The 12-rated anime continues on its way with the whacky goofballs managing to conquer small things here and there – but failing to win against the smokers – until, all of a sudden, the plot takes a turn for the serious.

I say “serious” but it’s still zany and oddball, it’s just that the local political players with the army at their side have started taking this “terrorist group” for real and put the pressure on. Amazingly, the anime holds it’s course and reaches an conclusion at episode 12. Episode 13 is, er, an extra – perhaps we’d call it a holiday special.

Where World Conquest doesn’t work is in its lack of focus. There’s not enough action to be an action based anime. It’s certainly not a slice of life drama, it’s not a supernatural thriller or anything I can describe. The comedic elements wrap around the plot but don’t define it.

Where World Conquest does work is to take this thinly spread mashup of ideas and find enough substance to create interesting characters. In particular, the possible romance between our hero and one of the leaders in the White Light movement – a mysterious organisation created to combat the dangerous cult – is charming and has a few great twists and turns.

Overall? Overall it’s hard to peg World Conquest Zvezda Plot. I watched it over the Christmas holidays while I had no access to the internet. I remember thinking “I might as well…” but then liking it enough to be surprised and whisk through all three discs. I rather liked it. It may be weird but it won me over. Can I think of anyone to recommend it too? I’m less sure about that. 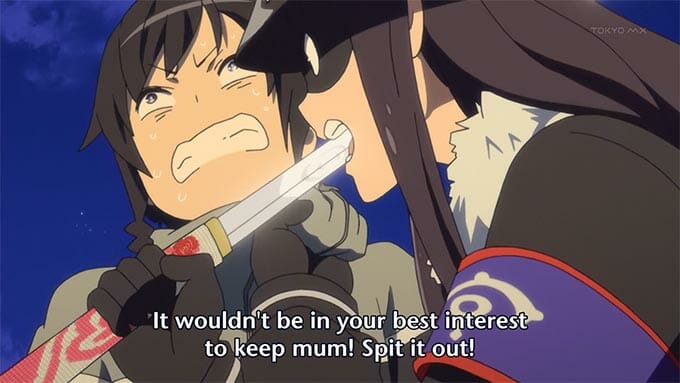 My copy of World Conquest Zvezda Plot: Complete Series Collection was provided for review. The title is out in the UK on the 1st of February . 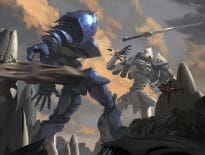 Art 6 dazzling sci-fi images to fire up your imaginati… 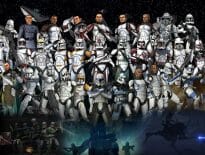