Three years ago the powerful computers at IBM identified this thing called steampunk and predicted it would be the next big thing. Talk about playing catch-up. Their call out was;

Expect to see steampunk styling in mainstream clothing, furnishings and accessories by 2014.

Last year, Geek Native had a copy of In Dark Service to give away in a competition. While that’s not strictly a steampunk book we decided to ask readers where they thought we’d got to on the steampunk fashion scale.

To determine whether or not steampunk was at peak (this is the height of steampunk fashion), past it (the best days of steampunk have been and gone) or yet to come (Steampunk will continue to become even more popular) the competition ran a simple poll. Just in case there was a fourth option – readers could admit to knowing nothing about the genre at all (I’ve never heard of steampunk until now).

The results, for a geeky blog, might surprise you.

Competitions aren’t a great way to run proper surveys and that’s likely the reason why such a large percentage of readers claim they hadn’t heard of the genre. Some of the answers may have come from readers on the blog just to win free books and some geeks, who know all about steampunk, may just have clicked randomly on the poll to complete the survey and move on.

Who cares ??
People dressed in victoriana before steampunk became popular – they were called goths
when steampunk dressers move onto the next fashion, there’ll still be people wearing victoriana

I would say steampunk is AWESOME!!!! So it will become more popular 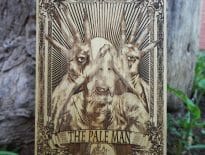 Art A sneak peak inside the Engraver’s Dungeon 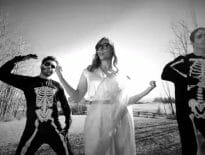